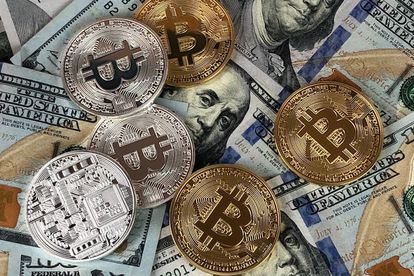 In October, the US-based cybersecurity company CipherTrace claimed that cryptocurrency thefts had already $927 billion in just the first nine months of 2018, as Reuters reported.

However, with not all cases of stolen cryptocurrency reported, the real figure could have been significantly larger, having been swelled by several high-profile scandals this year.

Has the value of stolen cryptocurrency passed $1 billion in 2018?

As 2017 came to a close, virtual currency surged in popularity, spurred mainly by the exploding interest in Bitcoin – which, that year, reached nearly $20,000 in value on a per-coin basis. The price has since collapsed to less than $5,000, as ZDNet reports; still, 2018 remained a landmark year.

That’s because even the potentially confusing jargon surrounding cryptocurrency – with other examples of popular digital currencies including Ripple and Ethereum – failed to seriously dent its popularity in 2018. This situation appears to have opened up tempting opportunities for hackers.

CipherTrace’s report caused a major stir in October largely because, according to an earlier report from the firm, the worth of digital currencies stolen from exchanges the year before was only $266 million. This means that cryptocurrency theft has increased by almost 250% year-on-year.

As we have seen, that might even be a conservative percentage.

“The regulators are still a couple of years behind because there are only a few countries that have really applied strong anti-money laundering laws,” Dave Jevans, CipherTrace CEO, told Reuters.

He further explained that the total tally of criminal transactions in 2018’s cryptocurrency space was likely 50% higher than the number which CipherTrace traced for its newer report.

Cryptocurrency has been engulfed in successive scandals in 2018

When looking back through how 2018 unfolded, it isn’t hard to spot examples of how cryptocurrency exchanges erupted. In June, Bloomberg reported that Bithumb had lost roughly 35 billion won ($32 million) worth of coins to hacking.

This crypto exchange had been the second in South Korea in just two weeks to fall victim to a theft. That same month, Coinrail admitted that some of its digital currency – though the venue didn’t specify the exact figure – had apparently been stolen by hackers.

In February, Russia and the United Kingdom were affected by their own cryptocurrency scandals. It was found that workers at the Russian Federation Nuclear Centre had been misusing the facility’s supercomputing by mining digital coins.

Meanwhile, cryptocurrency mining software infected several of the UK Government’s service websites, including those of the UK National Health Service (NHS) Scotland and the Student Loans Company (SLC). A vulnerable third-party plugin had been exploited here.

With the US and Australian websites later found to have been infected with crypto jacking code in the same manner, it’s clear that the cryptocurrency space is an unpredictable one. This could cause jitters if you are investing in virtual currency or considering doing so, but closely following cryptocurrency news at BTCNN could help you to avoid pitfalls.