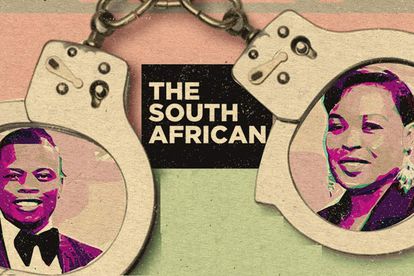 Self-proclaimed prophet Shepherd Bushiri and his wife Mary are expected to appear before a court in Malawi, where they will apply for bail on Thursday, 19 November 2020.

The couple handed themselves over to Malawian authorities. The Bushiris’ legal counsel in South Africa, Ntsako Baloyi said their application for bail was set to be heard but had to be moved.

“Indeed yesterday they presented themselves before the authorities in Malawi. Unfortunately due to the lateness…the bail proceedings could not proceed that side. They will do so today and the court will have to decide whether to grant bail or not and we take it from there,” Baloyi said.

The Bushiris fled to their native country, in violation of their bail conditions. They, along with three co-accused face charges of fraud and money laundering to the tune of R102 million. They were each released on R200 000 bail by the Pretoria Magistrate’s Court after being in police custody for more than two weeks.

Their bail application is on the same day they were set to return to the court for the same charges. They are now out at least R5 million, the value of their home, after not making an appearance. Magistrate Thandi Theledi has ordered for the property to be seized by the state.

This is days after they had already forfeited their combined R400 000 bail.

The Bushiris already has two warrants out for their arrest, the first one having been issued by the Directorate for Priority Crime Investigation (DPCI), also known as the Hawks.

The North Gauteng High Court subsequently issued another warrant, for similar charges in another case. The Pretoria Specialised Commercial Crimes Court released the Bushiris on R100 000 bail each in 2019, in relation to another fraud and money laundering case to the tune of R15 million.

“At the time of their disappearance, Mr and Ms Bushiri had posted bail of R100,000 each and were required to regularly present themselves to authorities as part of complying with their bail conditions. They were due to report in court in January 2021.”