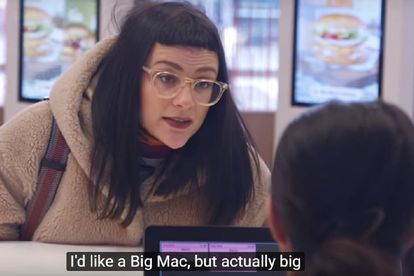 After the EU took away McDonald’s’ trademark on the ‘Big Mac’, Burger King decided to create its own.

According to Gizmodo, Burger King has taken advantage of the fact that anyone can now use the term ‘Big Mac’ in the EU by launching their own range of them.

“Of course, it’s not just a new menu of burgers,” writes Holly Brockwell for Gizmodo. “That would be too easy. It’s a bunch of products with ‘Big Mac’ in the name that insult McDonalds’ food at the same time.”

In January, an Irish restaurant chain called Supermac’s managed to get the McDonalds’ trademark on ‘Big Mac’ overturned across the whole of Europe.

The legal battle between Supermac’s and McDonald’s has been going on since 2015. Supermac’s initially filed an EU trademark for their restaurant name and McDonalds’ lawyers filed an objection.

The family-owned chain has more than 100 restaurants in Ireland, and was named for its founder, Pat McDonagh, and his footballing nickname.

It’s not clear if the Not-A-Big-Mac range will actually be available in Burger King, and according to Iwo Zakowski, CEO of Burger King Sweden, it’s all fun and games:

“McDonald’s just lost its trademark for the Big Mac for suing a much smaller player. It’s too much fun for us to stay away.”

According to Fortune, the ad is the latest in a long history of trolling McDonald’s. Late last year, Burger King offered Whoppers for one penny to customers who ordered it from the vicinity of a McDonald’s, using the Burger King mobile app.