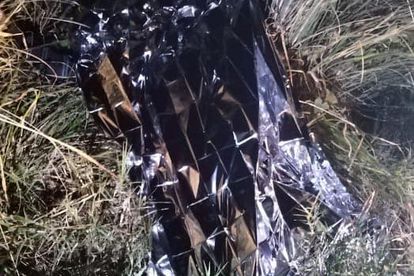 A body with multiple stab wounds was discovered in Buffelsdraai, KZN. Image: RUSA.

A body with multiple stab wounds was discovered in Buffelsdraai, KZN. Image: RUSA.

A body of a man with multiple stab wounds was discovered in overgrown vegetation in a pathway in Buffelsdraai in KwaZulu-Natal (KZN) on Sunday morning.

The body was discovered by a homeowner just after midnight.

According to Reaction Unit South Africa (RUSA), members were called out to the scene at approximately 00:02 after the owner of an adjacent property arrived at his residence and located a male lying in a pool of blood next to his house.

Reaction Officers and RUSA Medics were immediately dispatched to the location and on arrival met with a homeowner who led them to the body.

“On examination, the victim was found to have sustained multiple stab wounds to his neck. The motive of the murder was not immediately established.”

ANOTHER DEAD MALE WITH STAB WOUNDS

In a separate incident, the body of an unidentified man who was bludgeoned and stabbed at least forty times was discovered in overgrown vegetation on an unpaved road next to a river in Oakford also in KZN.

The body was reportedly discovered by a passerby on Tuesday, 28 June.