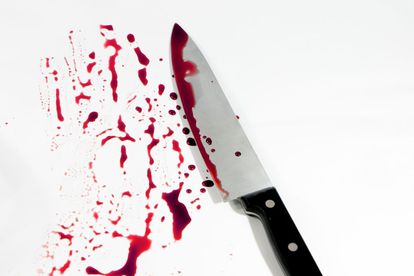 A woman has reportedly handed herself over to authorities two days after she killed her husband during an argument at their flat in Buffelsdale, KwaZulu-Natal (KZN).

According to Reaction Unit South Africa (RUSA), its members arrived in Buffelsdale, at approximately 18:11 on Saturday, 23 July 2022 and found residents providing first aid to the man who was bleeding extensively from a penetrating wound to his neck.

Paramedics from a private ambulance service arrived shortly thereafter and stabilised the critically injured male before transporting him to hospital. He succumbed to his injuries later that evening.

RUSA spokesperson, Prem Balram, said it is alleged that the couple were involved in a heated argument when the female stabbed her husband in the neck with a knife. She fled the scene after the incident but handed herself over to police on Monday.

The couple’s minor child was allegedly present at the time of the incident.

MAN KILLED OVER A CELLPHONE

A 19-year-old man was murdered during a dispute over a stolen cellphone in Emasayithini area Amaoti, KZN, last week Thursday.

According to Reaction Unit South Africa (RUSA) its members were called out to the scene at approximately 21:16.

Reaction officers and medics were immediately dispatched and on arrival discovered a male lying in a prone position. He was stabbed twice in the chest and demised prior to the arrival of First Responders.

“It is alleged that the deceased was attacked by his accomplice after they robbed a member of the public for a cellphone.”

In a separate incident, another 19-year-old male was shot and killed before being robbed of his cellphone in Egodeni near Hazelmere also in KZN.

According to RUSA spokesperson, Prem Balram, they received multiple calls from residents from about 18:59 reporting the shooting. The shooting approximately happened 4 kilometres from the Hazelmere Dam.