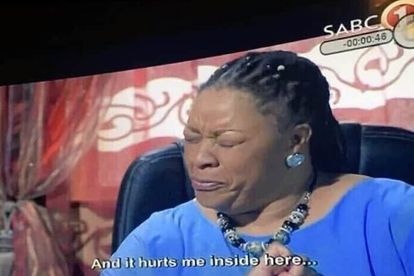 The 2017 budget speech has come to an end, we’re being inundated with the “experts” analysis of it all, but what about general South Africans. Countless South Africans took to Twitter to react live to the new budget as well as the commotion around the day as a whole. As always, we picked out some of the best for your enjoyment.

People were hurting with the announced sin tax (#Booze) increase…

Malema was the center of attention outside Parliament as group of school kids crowed Julius and begged for selfies.

The EFF, DA and most of the ANC gave Gordhan a standing ovation, people loved that.

#Budget2017 Pravin Gordhan ends and gets a standing ovation pic.twitter.com/soCdx0CcqV

People noticed the ANC’s Bathabile Dlamini and Des van Rooyen being sour though, no ovation from them.

Interesting: these are the ministers who didn't give #PravinGordhan a standing ovation when the House did at the end of #Budget2017 …. pic.twitter.com/IfiYu7fI6O

#Gordhan these ones decided not to stand or clap hands for Pravin Gordan Budget speech. Intoni bo cc pic.twitter.com/5VS27eW4oE

While we were still reminded us that the Gupta’s could soon be making a lot more with all these new taxes coming in.

On hearing #Gordhan talk about debt and various tax increases, guptas, knowing that the bulk of that money will flow their way, were like… pic.twitter.com/gAKrs3D4vP