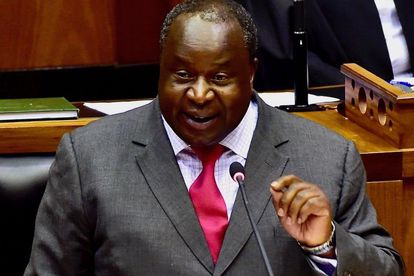 The Minister of Finance Tito Mboweni is expected to deliver the 2021 Budget speech on Wednesday, 24 February 2021. The devastating impact of the COVID-19 pandemic on the country’s economy is certainly no secret and in that respect, Mboweni may not have too much good news to share.

The minister is under immense pressure to essentially deliver a financial plan which sectors including labour and business will be satisfied with, but if history has taught us anything, this is quite unlikely.

Economic experts have said that Mboweni needs to lay out a more decisive economic strategy that will be effective in mitigating the economic turmoil spurred by the pandemic.

“I think the problem in South Africa is not that we are tired of planning, it’s that the plans don’t really result in enhancing productivity, in enhancing inclusive economic growth…We need a decisive economic strategy that has a clear vision on how we’re going to generate labour demand and stimulate productivity,” Dr Nthabiseng Moleko, a Development Economist at Stellenbosch Business School said to SABC News.

Tito Mboweni’s budget speech also comes a day after Statistics South Africa announced that the country’s unemployment rose to 32.5%, with seven million people officially without jobs. In addition to specifically allocating funds to the various government departments, Mboweni will also be expected to elaborate on various measures undertaken to help the economy recover.

During his State of the Nation Address (SONA), President Cyril Ramaphosa announced that they had managed to make strides generating more investments, even in the midst of the pandemic. He said financial investment pledges had increased.

At the start of his presidency, Ramaphosa launched a campaign to raise R1.2-trillion in new domestic and international investments over the next five years to boost SA’s fragile economy and create jobs. If he reaches the target and the investment pledges are delivered, they are expected to add 2.5% to the country’s gross domestic product by 2022/23.

So far, they have received R773 billion in investment commitments towards their target. Now Mboweni will be expected to further expand on government’s investment drive and how it will help get the country back on its feet.

The budget speech will be delivered in Parliament on Wednesday, 24 February 2021 at 14:00 and can be watched here: