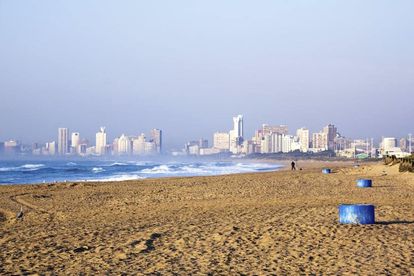 Millions of tiny plastic nurdles washed onto KwaZulu-Natal beaches after they spilled out of containers that fell of a ship in Durban Port.

Millions of tiny plastic nurdles washed onto KwaZulu-Natal beaches after they spilled out of containers that fell of a ship in Durban Port.

The body of a woman with a British passport was found in the bushes between the Pirates Surf Life Saving Club and Durban’s Suncoast Casino on Saturday night.

Police have confirmed there will be an inquest into her death as little is known about how the 31-year-old woman died.

Inquests are conducted when the cause of death is not immediately obvious, said police spokesperson Major Thulani Zwane.

British authorities will be notified while the inquest is underway.

The woman’s body was discovered by two Pirates lifeguards on Saturday night. Bennie Mthethwa was keeping an eye on night swimmers when a colleague shouted that there was somebody in the bushes.

”I grabbed a lifesaving pack and ran down. As soon as we realised she was dead we called the police and other authorities,” he told News24.

”I didn’t stay too long – I left it to police and I had to go back on patrol,” said Mthethwa.

Over the Christmas weekend over 483,923 people visited various beaches in the municipal area.

Lifeguards rescued 66 people who got into difficulty in the water and 2 936 got first aid treatment, mainly for bluebottle stings and minor cuts.

Durban Tourism spokesperson Phillip Sithole told the Sunday Times that as many as 100,000 people had flocked to the city’s beaches to celebrate the New Year.