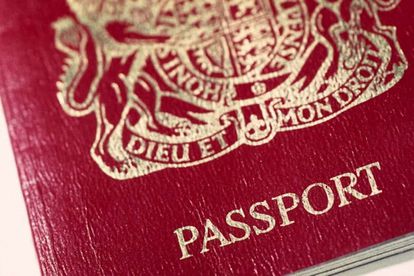 There is now a possibility where South Africans with a British passport could lose out on the privileges of living and working in Europe without the strenuous task of applying for visas.

That’s according to Andrew Taylor, head of Henley & Partners South Africa, who said the value of the British passport will reduce in value as a result of the UK’s referendum to exit the European Union on Friday.

However, he said this won’t impact those seeking short-term visits to the EU. “Brexit will of course not impair visa-free travel between the UK and the EU countries, and also have no impact on the visa policy of either the UK or the EU as this has always remained separate with the UK setting its own short-term visa policy,” he said.

However, Taylor said Brexit will definitely impact the quality of the British passport, which has been seen a golden ticket by South Africans for years.

“I wouldn’t say it’s worthless, but the quality (of the UK passport) would decrease,” he told Fin24 on Friday. “It all depends if they terminate the right to free movement.”

“These agreements will probably be cancelled if (Conservative MP Boris Johnson) wants to control his borders,” he said.

Johnson’s supporters in the UK are bitter about following EU rules that allow an increasing number of refugees into the country, which has been heightened since the Syria and Middle East crisis.

The Leave vote focused on this aspect of sovereignty that – by leaving the EU – will allow the UK to make its own rules regarding legislation like border control.

Taylor said many expect the UK will end up under an European Economic Area (EEA) Agreement or acquire a similar status to Switzerland.

“In this case, a form of free right of movement and settlement would likely remain, in particular for entrepreneurs, investors and financially independent people,” he said, which would be good news for South Africans with a British passport.

“But, in the unlikely event that free right of movement was to be terminated, then Brexit will damage the value of British nationality far more than that of European nationality.

“The EU will lose one country whereas the UK will potentially lose free access to 27 countries. European nationals will still have the right to live, work, and study in any of these 27 countries, plus the EEA and Switzerland.

The UK would then fall 19 placed down the Quality of Nationality Index from 11 to 30, which is below EU problem child Greece.

However, Taylor doesn’t believe this will happen.

“We have no doubt that the UK will find some form of association with the EU which will, at least for financially independent citizens, continue to provide access to settle in the UK.”

Taylor said various forms of relationships are possible for the UK now.

“For instance, Liechtenstein, Norway and Iceland are not members of the EU, yet they are party to the EEA Agreement, and therefore the free right of settlement as well as many other rights still extend to these countries.

“Switzerland is part of the European Free Trade Agreement, but not a member of the EEA. It has opted for bilateral agreements with the EU which give its citizens the same rights of settlement throughout the EU.”