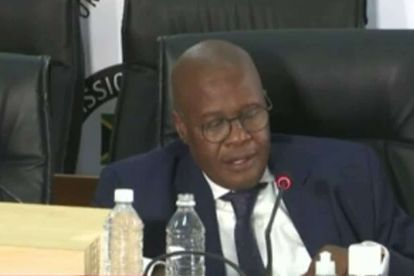 Brian Molefe, once the highest authority at Eskom, has gone to the State Capture Inquiry swinging on Friday. The controversial executive, who was ordered to repay a large chunk of his ‘pension payout’, went on record to state Cyril Ramaphosa was targeted for political influence – and that the president ran a ‘secret war room’ at the firm.

What Brian Molefe has accused Cyril Ramaphosa of doing

The allegations are extremely serious, and Molefe stunned the panel once he got going:

“Glencore failed to conduct due diligence when buying Optimum. They did something extraordinary. They sold more than 9.6% of shares in the new company to Cyril Ramaphosa and made him chairman. That was a strategic decision. They knew that the profitability of Optimum was dependent on political influence. Ramaphosa was their bet”

“When I arrived at Eskom, I discovered a de facto board operated there, outside of the organisation, called ‘The War Room’. Chairperson of that war room was Cyril Ramaphosa – who at the time was still Optimum board chairperson.”

Brian Molefe came out swinging at the #StateCaptureInquiry.

Says Glencore didn’t do a due diligence on the company it bought, Optimum Coal. Instead it roped in Cyril Ramaphosa as shareholder and Chair in order to exert political pressure on Eskom bosses for their own benefit.? pic.twitter.com/BfC8GfPeoM

EFF Deputy Leader Floyd Shivambu has been following proceedings closely on Friday, and praised Molefe for raising ‘valid points’ about Ramaphosa’s relationship with Glencore. The politician is demanding ‘accountability’ from the president.

“There are several valid points raised by Brian Molefe revealing real state capture by the white capitalist establishment using Cyril Ramaphosa as Glencore Chairperson and later chairperson of Eskom war room. It’ll be a travesty of justice if Ramaphosa is not called to account.”

Brian Molefe will continue to testify at the State Capture Inquiry throughout Friday afternoon. Meanwhile, Ramaphosa has since responded to the allegations made by the ex-CEO, after he took part in the #CRonEWN event. With the dust still settling from Molefe’s explosive testimony, Cyril says the account “is far from the truth”.

“I think there is a level of untruth in saying I got shares because I wanted to advance the interests of Glencore, It’s far from the truth – people will say things to tarnish either people.”