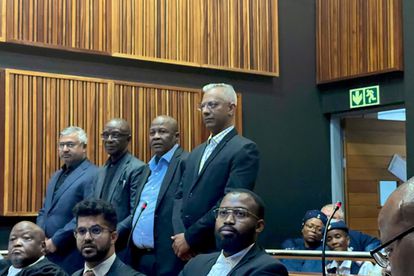 High-profile Transnet executives appeared before court on Monday morning following their arrests in a multimillion tender matter and were successfully granted bail.

According to the Independent Directorate (ID) of the National Prosecuting Authority (NPA) and the Hawks arrested several Transnet executives.

“Several arrests of former Transnet executives have been affected this [Monday] morning, through arrangements with their legal representatives. The individuals were arrested by the NPA’s Investigating Directorate assisted by the Hawks.”

They appeared before the Palm Ridge Specialised Crimes Court on Monday.

Their arrests are linked to a R93 million train purchase tender.

They face allegations of breaching the Public Finance Management Act, fraud, corruption and money laundering. They are each released on R50 000 bail and should return to court on Friday, 14 October 2022.

According to IOL, former Transnet chief executive officer Siyabonga Gama was among five people arrested in May. On the same day, five other former Transnet executives were released on bail ranging between R25 000 and R250 000.

The ID said that Transnet requested a tender bid proposal in 2012 to get advisory services to secure funding of $2.5 billion to acquire 1 064 locomotives.

“In May 2015, Transnet appointed JB Morgan for advisory services. From July to October 2015, the same officials in Transnet started facilitating the termination of the JB Morgan contract. A cancellation resulted in them appointing Trillian in October 2015,” Seboka said at the time.

The Democratic Alliance (DA) is pleased with the arrests, stating that while others have already been charged, the last chickens have finally come home to roost.

Under Molefe and Singh, the Guptas and other ANC cadres used Transnet as their own personal piggy banks, DA shadow minister of Justice and Constitutional Development Glynnis Breytenbach said.

“The DA believes that the next step must be for the R41.2 billion in contracts that were awarded to companies linked to the Guptas and their associates Salim Essa, to be recouped. Billions that should have gone towards developing South Africa into a prosperous country have been stolen and squandered during the years of state capture,” she said.