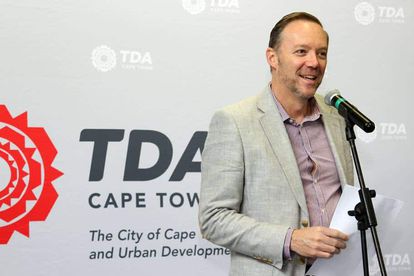 Problems for the DA are intensifying, as the resignation of Herron marks the ninth party executive to jump ship following the controversial ousting of former Cape Town mayor Patricia de Lille. This mass exodus of DA members comes amid allegations of inner party racism and nepotism.

Herron announced his immediate resignation on Thursday while addressing the media in Salt River. During his lengthy farewell speech, Herron cited the DA’s flawed housing policy as the main reason for his departure, saying:

Herron’s resignation revolves around the DA’s failure to implement planned affordable housing projects close to the city centre, in particular, a residential complex which was due to be built on city land in Salt River. Late last month it was reported that the Cape Town City Council had once again delayed the development of the Salt River market along Voortrekker Road.

Herron explained that this delay was the final straw which forced his resignation, explaining:

“I told my office staff, that if we undertook all this work and the caucus rejected it, as I heard they were planning to do, I would have to resign… as I could not, with any credibility, continue to meet with communities and promise that we were doing everything we can to assist them.

I, therefore, resign as a member of the DA, with immediate effect.”

Herron also commented on the recent resignations of other DA members, who all cited racism and solidarity with de Lille, saying:

“There’s lots of talk about racism in party. I believe it exists.”

Brett Herron also resigns as a DA councillor in the City of Cape Town #SABCWC pic.twitter.com/nl99zAKKo2

Herron’s untimely departure is also connected to accusations tabled by the Bowman report, which led to criminal charges being laid against de Lille for her alleged involvement in dubious procurement schemes relating to the embattled Foreshore Freeway Project.

Herron was also charged by the DA in terms of the Prevention and Combatting of Corrupt Activities Act, which was recommended by the Bowman report. Herron slammed the accusations during his resignation address, stating:

“The one Bowmans report states that my involvement in the procurement process ‘has not been sufficiently established’.

This is a flagrant misrepresentation of the indisputable facts contained in their own report, and is, therefore, a false conclusion as the report contains no allegation, no prima facie evidence, no direct evidence, no inference nor any suggestion by any person or document that I was involved in the procurement process at all.”