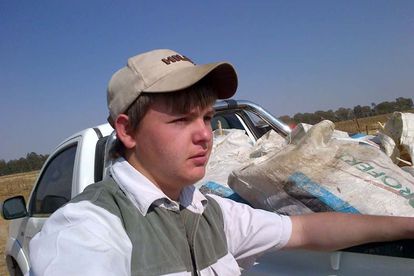 The two men accused of murdering 21-year-old farm manager Brendin Horner, are expected to appear before the Senekal Magistrate’s court on Tuesday, October 20, 2020, where they will be applying for bail.

Sekwetje Isaiah Mahlamba and Sekola Piet Matlaletsa are believed to have been behind the killing which turned the Free State town on its head and lifted the lid on simmering racial tensions.

Horner’s body was discovered on a farm outside Paul Roux by his father Robbie, and his colleague, Jaco Kleingeld. He was tied with a rope around his neck to a pole and had injuries to his head and face.

A knife was also found at the scene.

The state believes both men bragged about his murder while enjoying a couple of beers, just hours after they had committed the heinous act.

A witness is reported to have told police he had seen three men walking away from the crime scene. The man claimed the men’s clothes were wet and one even had blood stains.

Chaos ensued when Mahlamba and Matlaletsa first made their appearance in court. Outraged farmers stormed the courthouse and even set fire to a police vehicle, which prompted condemnation.

The farmers demanded that the law enforcement officers hand over the suspects to them.

The Economic Freedom Fighters (EFF) then entered the fray and accused the protesting farmers of running amok, then embarked on a demonstration at the same court, where the pair’s bail application continued.

The minister of police Bheki Cele visited the Horner family in the wake of his gruesome murder and assured them the perpetrators would be brought to book.

Cele also he would prioritise the concerns of the farming community in the province.

“These are the matters that we’ll have to pick up, especially and specifically on the police side so we have agreed that we will come back soon to work on those matters, to work on the relationships that the community has raised,” he said.

“We know that two people have been arrested but we know that it is no comfort to the mother that has lost a young man of 21 years. It will always help if we worked harder on prevention rather than reaction because even if those guys got a life sentence, that young man can’t come back,” Cele added.

WATCH: Things you need to know about social grants [Video]