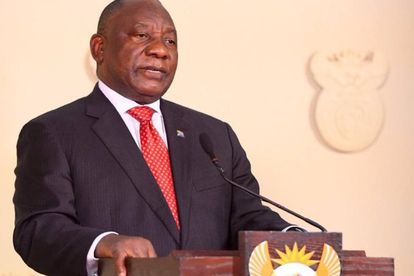 President Cyril Ramaphosa only discovered the extent of corruption and state capture at the same time as the public when the work of whistle blowers and journalists exposed the alleged rot that had set in under former President Jacob Zuma’s watch.

Ramaphosa revealed in his nine page opening statement to the Zondo Commission of Inquiry into State Capture on Wednesday how as then Deputy President of the country, he had found out about the high level corruption.

“It is important to note that few people, even at the best of times, have had line of sight of everything taking place in the State. And that happens to be the case even today,” Ramaphosa said.

He said this applied even to members of Cabinet and the Deputy President, particularly with respect to activities that were deliberately hidden from view.

“Many of the incidents of corruption that would in time be described as ‘state capture’ became known to me as they did to the general public through the work of journalists, civil society organisations, and institutions such as the Public Protector and Auditor General”

“Reports of court cases and disciplinary proceedings, together with the commendable work of investigative journalists and whistle-blowers, did help to give insight into corruption in both government and the private sector.  As it became increasingly clearer – through the so-called Gupta Leaks and other revelations – that a network of individuals was seemingly colluding with a number of people in government to occupy key positions and ‘capture’ key institutions, the question that arose was how best one should respond to all this,” Ramaphosa said.

Ramaphosa said he had grappled with this question and his five options: resign; speak out; acquiesce and abet; keep quiet and remain silent; or remain and resist hoping that things could be turned around.

Ramaphosa said he had chosen to remain and resist to turn things around.

“The final option, which was what I chose, was to remain in my position as Deputy President – not to resign, not acquiesce and not to be confrontational – but to work with others in the Executive to resist abuses and bring about change where we could and to sustain the work of social and economic transformation”

He said his and the ability of others to resist and bring about changes that would end state capture “relied to a large measure on the political balance of forces” within the Executive, within the governing party and within society.

“That was among the reasons why I chose to remain in the position of Deputy President, why I worked with others through the democratic process to shift the balance of forces, and why, ultimately, I agreed to make myself available for the position of President of the African National Congress at its 54th National Conference in December 2017,” he said.

“With the benefit of hindsight, I am certain that this was the necessary and correct course of action,” Ramaphosa told the commission.