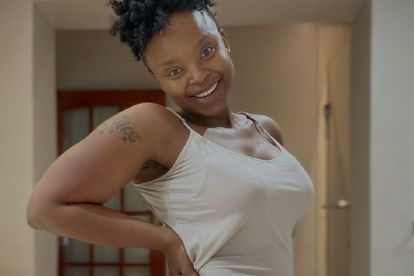 Zoleka Mandela, the granddaughter of struggle stalwart Nelson Mandela, has revealed that she might have to brace herself for another battle against cancer after living years as a survivor.

In a lengthy post on her Instagram, Zoleka Mandela says she had sought medical attention after experiencing pain on her left rib and was informed she may have cancer of the bones and is terrified about the pending diagnosis.

“I’ve had a sore back for more than a month now and recently consulted with my GP when I could no longer tolerate the excruciating pain in my left rib. I went for an X-ray of my chest and rib a few days ago — I have a pathological fracture and swelling caused by cancer,” Mandela wrote on the image-sharing social media networking site.

She says her doctor told her the cancer cannot be eradicated nor can it be cured and is currently awaiting her results after undergoing a CAT scan.

Mandela, who is also the granddaughter of Winnie Madikizela-Mandela, who documented her 10-year breast cancer journey in an autobiography, When Hope Whispers in 2013.

The 42-year-old, who welcomed her sixth baby in April, has also been open about her past as a drug and alcohol abuser. In June, she revealed she had her first drink at the age of 9.

Zoleka shared that she is excited about approaching 12 years of sobriety in August this year. In her caption, she also explained that she smoked her very last cigarette in 2012, at age 32, after having her first when she was 13. In addition, she said her first drink was at the age of nine.