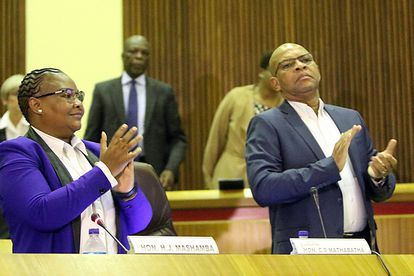 Limpopo Education MEC Polly Boshielo has been slammed by political opponents this week, after the province recorded the worst set of matric results in the country. Despite the challenges of the pandemic, the national pass rate improved from last year – but Limpopo has regressed substantially.

The dire pass rate of 66.7% in the province is almost TEN PERCENTAGE POINTS behind the national average of 76.2%. But that’s not the only troubling figure, and a deep dive into the stats serves as a provincial cause for concern.

Regardless of the pandemic, Limpopo has faltered where others succeeded. That has prompted the DA’s spokesperson for education to try and hold Premier Stan Mathabatha to his promise.

Limpopo’s legislative leader stated last year that he would ‘start holding MECs accountable’ for poor performances. Boshielo may now be the first official in the firing line, according to Risham Maharaj.

“The DA is calling on Premier Stan Mathabatha to relieve MEC for Education, Polly Boshielo, of her duties – in line with his promise to hold MECs accountable. This follows the province’s shambolic matric results that saw it achieve the lowest pass rate of all the provinces at 66.7% – and it’s the only province that failed to reach 70%.”

“These results are a 1.5% decline from 2020, and follow a pattern of regression in the province’s performance. Limpopo also had the lowest bachelor pass percentage of all provinces, with only 26.7% of learners achieving that level.”