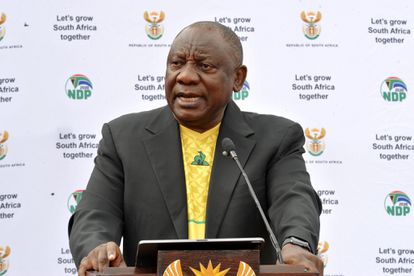 It’s fair to say that the DA’s speech for Women’s Day comes with a bit of added spice. Party Spokesperson Siviwe Gwarube channeled her anger into an address delivered earlier today. Needless to day, Cyril Ramaphosa and his cronies took an almighty flogging, here.

Is Cyril Ramaphosa to blame for EVERY crime of GBV?

Gwarube rallied against the ANC politicians who live their lives ‘behind high-level security’. She stated that the women of South Africa are forced to live in a parallel reality, where many fear for their lives every time they leave the house. For many, however, their abuse is confined to the home.

Bheki Cele got an earful, as we’ve come to expect from almost all corners of South African society. His terrible response to the Krugersdorp gang rape – where he suggested that one victim was ‘lucky’ in her ordeal – has sparked a nationwide backlash. And yet, Cele remains as Police Minister.

The ANC stalwart was also lambasted for a number of other failures, including his inability to help clear the SAPS DNA backlog. Alas, the most severe criticism was reserved for Mr. Ramaphosa. Gwarube laid into the president in merciless fashion, and laid the blame squarely at his feet.

Ramaphosa was essentially saddled with the blame for ‘every rape and femicide’ that happens in South Africa. The shadow minister believes that the ANC leader is ‘complicit in every GBV crime’, because he has not taken the necessary steps to keep women safe in this country.

“But you do not. Therefore, you are complicit. If the President and his cabinet are serious about the safety of women in this country, then DNA sample backlogs must be cleared now. There is nothing to celebrate if women cannot be safe in their homes and in their communities.”