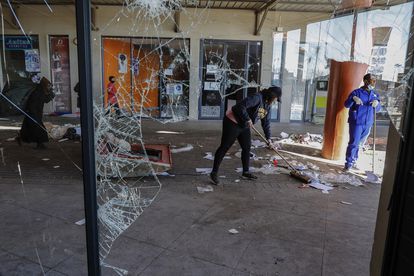 A worrying COVID-19 variant, Jacob Zuma heading back to jail, and fears about potential unrest in KZN. It feels like someone has turned the clock back to July of this year – but the SAHRC isn’t feeling too nostalgic.

That’s because top officials from the Human Rights Commission are fearful of what’s to follow, on a day where a controversial verdict was handed down by the Gauteng High Court. A judge has overturned a decision to grant Jacob Zuma’s medical parole, meaning the 79-year-old will have to go back to prison.

Both the Correctional Services Department and the Jacob Zuma Foundation say they will both appeal the decision. But sadly, the damage might already be done at this point – with the SAHRC on high alert.

Commission Chair Bongani Majola has confirmed that there’s activity on social media which have put the SAHRC on edge. According to the senior representative, there are already statements being made ‘that can cause problems’.

“Let’s learn from what we experienced, where we saw destruction and the loss of life during the July Riots. We should try everything we can to deal with any signs of unrest. We’ve noted some social media posts that make us worried…”

“We’ve already seen some of the statements that we think could cause problems and would like to appeal to the makers thereof to think of the lives of people who were lost in July, people’s property that was destroyed, and the people who are still alive today who’ve lost their jobs.”

“The Commission also calls upon the Security Cluster to note the developments, including the evolving social media discourse about the recent High Court decision and to do their best to prevent the repeat of the July 2021 experiences.”

Bongani Majolam, of the SAHRC

Media Statement on the Decision of the North Gauteng High Court Regarding the Medical Parole Granted to Former President Jacob Zuma by the Department of Correctional Services https://t.co/ugTE61Fq8Q