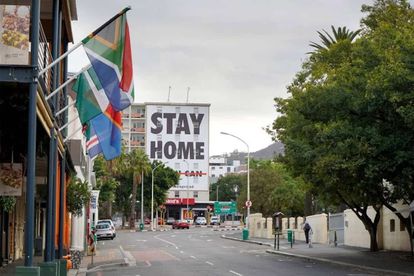 Health Minister Joe Phaahla has arguably brought some Christmas cheer to apprehensive South Africans ahead of the festive season, after he suggested that the country would ‘do things differently’ in the face of a COVID-19 fourth wave. Thanks to Mzansi’s vaccine rollout, the need for harsh lockdowns has now dwindled.

Will South Africa have a lockdown for the fourth wave?

The general scientific consensus is that another resurgence of the virus will hit South Africa from next month onwards, due to the increases in gatherings, mass travel, and social interactions linked to the holidays. Last year, the second wave of COVID-19 struck mid-December, and curtailed our plans for New Year’s Eve.

But Phaahla is confident that SA can take a different path this year. Every wave of the virus so far has been driven by a unique variant. This fourth wave, however, may only be driven by the Delta variant again – and that’s good news for us all: Yes, Delta gave us a devastating winter – but new variants are like rocket fuel for COVID-19.

If there’s no new variant, with increased transmissibility or a deadlier composition, then the fourth wave is likely to hit a much lower ceiling than previous resurgences. And that’s before we even get on to the impact of our vaccines.

Around 35% of South Africans are now fully vaccinated. That number is likely to be between 40% to 50% by the time the fourth wave is officially declared. That means around half the adult population will have jab-induced immunity from the virus, and millions of others will have antibodies from prior infection.

Health minister wants SA to move away from ‘hard lockdown’

Therefore, a possible battle with a fourth wave of coronavirus – which will still prove deadly for some – can at least be managed and contained in a much easier fashion, as long as no other dangerous variants show up.

“The fourth wave is likely to be less severe than the last two waves. We want to avoid severe lockdowns, and we want to do as much as we can in terms of social restrictions to avoid super spreading – but without taking away too much from the liberties of people socially and economically. So we will advise accordingly.”

“As we see the numbers currently, our advice from our epidemiologist is that this (increase in cases) is an isolated cluster that must be contained through contact tracing, quarantine, and isolation – but at this stage, we must not panic… it is predicted that a fourth wave will begin in mid-December at the earliest, heading towards early January.”