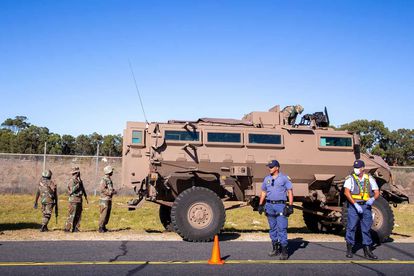 Talk of SANDF deployment has been rife over the last couple of months or so. Protests on the street and large flare-ups of trouble in crime-ridden communities put the army on standby. However, we’ve now reached a point where some campaigners want soldiers sent INTO SCHOOLS.

Why are there calls to send SANDF into schools?

It may seem an obscene suggestion to some, but authority figures in the Northern Cape are deadly serious. A high school in De Aar has experienced a complete breakdown in its educational programming, after local gangs raided classrooms and caused havoc last week.

With SAPS unable to restore law and order, the DA has now requested help from SANDF.

De Aar disrupted by ‘gangsters in the classroom’

Roweda Adams-Buekes is a DA councillor in the Emthanjeni Municipality. She is pleading with SANDF to send troops into these places of learning, to tackle the ‘rampant gangsterism’ that threatens their education. As far as this politician is concerned, enough is enough…

“A flare up of gang violence is holding De Aar’s high schools and children hostage, prompting the school and community members to call for the deployment of troops to the affected schools.”

“While gangsterism in the town has been a looming threat over the past few years, its impact on schooling is now clearly out of control, placing the lives of learners and teachers in grave danger.”

“Given that SAPS is significantly under-resourced, the DA is further asking that government temporarily deploys the army to the affected schools. It’s time to take power away from the gangs who are holding our schools hostage.” | Roweda Adams-Buekes