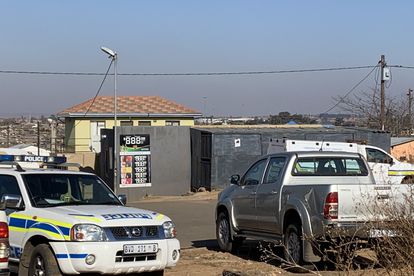 The plot thickens. Just hours after government officials in Qatar labelled the tavern shootings in South Africa as ‘an act of terrorism’, the statement which was posted online mysteriously vanished on Monday.

Were the tavern shootings an act of terrorism?

The post was deleted by the Qatari Foreign Ministry, after it had managed to turn heads in South Africa. The Gulf state was the first governing authority to suggest a motivation for the attacks, which took place in Soweto, Katlehong, and Pietermaritzburg.

In total, 22 people were gunned down in three locations. Although Police Minister Bheki Cele says the incidents aren’t linked, the sheer brutality of the attacks – particular in Soweto, where 16 victims were killed – could point to something more sinister than coincidence.

Why Qatar has removed its statement on the tavern shootings

Qatar removed its statement following a discussion with Clayson Monyela. He is DIRCO’s Head of Public Diplomacy, and the government official revealed that he had asked the Qatari Ambassador to take-down the post until ‘outcomes of the investigation are made public’.

“Qatar is a good friend of South Africa. The intention of their statement was to pledge solidarity, which we welcome. I have spoken to the Ambasssador of Qatar, who agrees that we should wait for outcomes of investigations before labeling the incident.”

“Our good friends within the Qatari Foreign Ministry have since withdrawn and deleted the statement on the shooting incident in Soweto. We thank them, and as always, we appreciate their solidarity and support.”

Qatar ‘may know something about terrorism in SA’

Senior research fellow and director at Africa-Asia Dialogues, Thembisa Fakude, has a very different take on things, though. He told EWN that there’s ‘no doubt’ a faction is trying to destabilise South Africa – and, in his book, Qatar could possibly ‘know something we don’t’…

“There’s some sort of a [faction] trying to destabilise the country, no doubt about it if you really think about it. So, maybe Qatar knows something that we don’t know in terms of the events that we have seen over the past couple of weeks.”