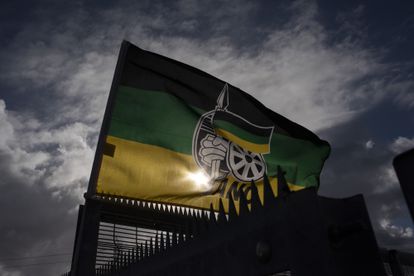 A flag of the ruling African National Congress (ANC) flies outside a polling station in Langa, near Cape Town, on November 1, 2021, during South Africa’s local elections. (Photo by RODGER BOSCH / AFP)

A flag of the ruling African National Congress (ANC) flies outside a polling station in Langa, near Cape Town, on November 1, 2021, during South Africa’s local elections. (Photo by RODGER BOSCH / AFP)

It’s no secret that the ANC is battling against financial constraints at the moment – so a nine-figure, court-ordered penalty payment is quite literally the last thing the party needs to face: The Gauteng High Court has instructed the 110-year-old institution to settle a R100 million debt by TODAY.

This issue has been in the courts for months. The ANC has tried every trick in the book to postpone making this payment, but several appeals have ultimately fallen flat. Now, the organisation faces a daunting reality – pay-up, or suffer a set of dire consequences.

The stakes are high in this case, but the party only has itself to blame. They entered into an agreement with Ezulweni Investments back in 2019, to help supply them with promotional materials for that year’s general election. A fee of R100 050 000 was promised, but never arrived.

Full bench of the High Court rules against ANC. They are ordered to pay some R100m for election marketing material. pic.twitter.com/ker7wRQIXF

Dispute over ‘oral agreement’ ends in tears for ruling party

Ezulweni were responsible for supplying PVC banners and campaign posters, many of which would be used to sway voters. They feel like they are entitled to their payments in full, despite protestations from the ruling party, who say that the deal was ‘non-compliant’ with their regulations.

“According to the ANC, the contract for the service and supply was rendered invalid, due to Ezulweni’s alleged non-compliance with internal supply chain regulations of the party. They dispute that an oral agreement was ever in place, but the High Court has ruled otherwise.”

What happens if the ANC doesn’t pay the R100 million?

In another bitter blow for Ramaphosa et al, the court also demanded that the ANC cover the full legal costs of the case, which is likely to set them back by a few million more. The instruction from the bench is for the party to pay the R100 million ‘by the close of business on Thursday 30 June’.

A failure to do so will lead to the humiliating action of the state seizing some of the ANC’s assets.

“Should the judgment debt – namely the capital sum and the interest accrued – not be settled by the close of business on Thursday 30 June, our instructions are to proceed with execution against [the ANC’s] assets.”