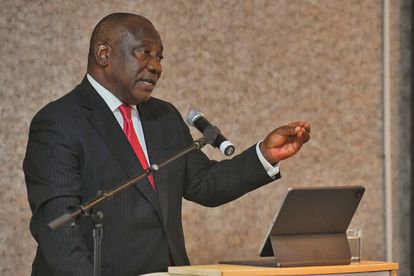 It feels like the wheels of justice have only turned at a snail’s pace since state capture came to light. With few prosecutions to speak of – and the main architects still walking free – many could be forgiven for thinking that President Ramaphosa has gone easy on his former colleagues.

Ramaphosa lays down the hammer for state capture criminals

However, things seem to have inched forward on Sunday evening. Addressing the nation in his first such engagement since the winter, Ramaphosa revealed the steps he would be taking to ensure ANC cadres caught up in state capture finally face the music.

Recommendations made by Raymond Zondo will now be enforced. That’s terrible news for some of those who served as close confidantes of the Gupta brothers. The Indian billionaires, largely aided and abetted by Jacob Zuma, are also facing the prospect of extradition back to South Africa.

Earlier on Sunday, it became clear that *something* was brewing. The Presidency confirmed that Cyril Ramaphosa WOULD host a ‘family meeting’, speaking directly to South Africans via a live broadcast. Big news, it seemed, lingered on the horizon…

“President Cyril Ramaphosa will address the nation at [20:00] this evening. He will utilise the address to outline to the nation steps government is taking to implement the recommendations of the State Capture Inquiry. The President’s address will be broadcast and streamed live.”

“The President’s response outlines the steps government is taking to implement the commission’s recommendations with respect to actions against the perpetrators of state capture and reforms to prevent future occurrence of state capture, as well as systemic changes.” | The Presidency

State Capture Inquiry: Who now finds themselves in the s**t?

“Each part of the damning report was made public as it was received. The Commission report concluded that ‘there can be no doubt that state capture happened in South Africa’. Government accepts the findings of the Inquiry with respect to the existence of state capture.”

“The recommendations were directed at several institutions both within the state and more broadly in society. The Presidency therefore sent copies of the report for consideration and action to a number of private and public bodies”