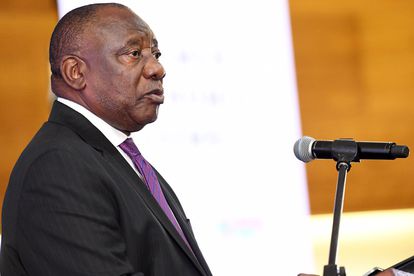 According to the DA, one minister is more inactive than most – Photo: Flickr / GCIS

According to the DA, one minister is more inactive than most – Photo: Flickr / GCIS

President Cyril Ramaphosa has been urged to show one of his ministers the door, or at the very least, encourage her to resign. According to the DA, Khumbudzo Ntshavheni has been guilty of ‘non-performance’ while in charge of the Communications and Digital Technologies portfolio.

Khumbudzo Ntshavheni identified as a ‘non-performer’ by DA

In what many critics would argue is a crowded field, Ntshavheni has been identified as ‘deadwood’ within the ANC Cabinet. Dianne Kohler Barnard is the Shadow Minister for Communcations, and she believes Ramaphosa now has a duty to ‘deal with’ the head of this department.

Amongst other complaints, the DA are particularly worried about the dire financial straits some entities within the ministry are facing:

‘Ramaphosa must fire her’: Minister slammed by opposite number

Ntshavheni would argue that she has a more difficult job than most. SAPO has been in a critical position for years. However, the minister has fallen short when it comes to turning things around. As Kohler Barnard points out, this ‘lack of accountability’ is not a sustainable route forward.

“It is time for President Ramaphosa to step in and deal with non-performing Minister of Communications and Digital Technologies, Khumbudzo Ntshavheni. She has shown no interest or accountability, and also seems incapable of turning things around. She has to go.”

“To help her along towards the door, the DA has additionally written to President Cyril Ramaphosa, asking him to take a break from contemplating his Phala Phala [case] and rethink his decision in appointing the bumbling absentee Minister Ntshavheni.” | Dianne Kohler Barnard