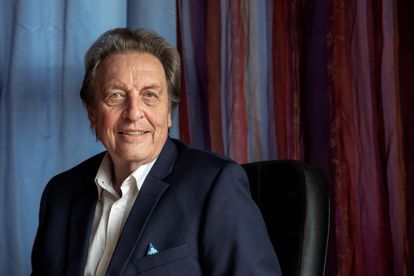 Although Elon Musk’s political views may pull towards the centre-right these days, the billionaire hasn’t implicitly sided with Donald Trump in the years since his presidency. Errol Musk, however, is much more forthcoming – and he doesn’t mind having a laugh about it, either.

Who is Elon Musk’s dad?

The Pretoria-born tech whizz’s father told AFP about his fragmented relationship with the richest man in the world. Things got particularly rocky between the two when Errol had a child with a stepdaughter, some 40 years younger than him.

In the five years since, contact has been sporadic between the pair – but not completely off-limits. Elon Musk organised a birthday bash for his father a little while ago, where a number of Hollywood celebs also attended. Sure enough, politics became a huge talking point at the event.

According to Errol, he was roundly mocked for supporting Donald Trump, but called the ribbing ‘a good laugh’.

“Elon thought that was not very good. From my point of view, I take life as it comes. But we do care about each other. Things are better now than what they were. He even organised an event for my birthday.”

I’m a South African man. I’m not concerned about my birthday. But it was very nice. We ended up speaking about my support for Donald Trump. We all had a good laugh at that, and how could I be so stupid as to support Trump?”

Errol Musk attributes his son’s success to a strict, military-like upbringing. He admits to being a strict father, but argues that this was in order to encourage young Elon ‘to be the best he could’.

Sure enough, this tough love eventually paid dividends. The 76-year-old also muses about Elon Musk’s real persona, saying that he is a ‘very caring person’ who genuinely wants to ‘save humanity’.

So we sort of expect that… Elon is a very caring person. He really means it when he says that he wants to save humanity. This is not a slogan or some sort of pitch. This is real.”