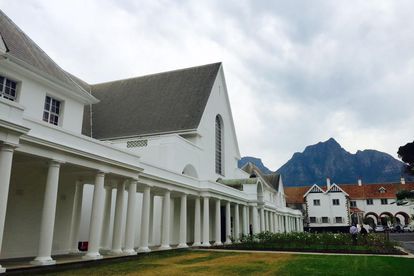 Bishops College is one of the leading schools in Cape Town – Photo: Adriano de Prato / Twitter

Bishops College is one of the leading schools in Cape Town – Photo: Adriano de Prato / Twitter

A group of concerned parents have written to the Council of Bishops College, regarding the conduct of the elite school’s current principal, Tony Reeler. The educator has been at the helm since June 2020 – but his tenure has been far from amicable.

A number of issues have been raised across the board. However, Principal Reeler is being heavily criticised for ‘forcing through a woke agenda’. An alleged focus on gay pride and LGBTQI+ issues have, apparently, led to the shunning of other school traditions.

“Since the appointment of Tony Reeler, the school’s culture, spirit and identity have been sacrificed at the altar of wokeness, dressed up as diversity and transformation. Our boys are being force-fed rhetoric about race and gender revolution. The tail is wagging the dog.”

“The Bishops campus is no longer a happy place for many of the boys, parents, or even teachers. Many have lost their pride and respect for the school, feeling alienated by a culture they didn’t sign up for. Reeler’s agenda comes at the expense of our traditions.” | Bishops parents

Gender and sexual orientation seem to be the most pressing topics for these parents, though. Reeler’s purported decision to fly the pride flag – and distribute pro-LGBTQI+ materials throughout the school – has upset a number of stakeholders over the past few months.

“The decision to fly the Pride flag together with the Bishops flag does not merely demonstrate support or create awareness of the gay community, but instead demonstrates a direct association between Bishops and the Pride movement and all that it represents.”

“Regardless of their sense of tolerance and acceptance of gay individuals, it is felt by many that the majority of learners do not want themselves or their school as a whole to be viewed as part of, or associated with, the Pride movement.”

Reeler is certainly not seeing eye-to-eye with the parents, who believe their children are now getting a ‘raw deal’ from the elite school. However, some concerns go further than disagreements about gender identity – and the list of grievances is an almighty one.

Principal Reeler is also accused of sabotaging Bishops’ once-revered rugby team. The concerned parents claim that he has previously ‘cheered on’ opposition sides, and under his stewardship, the squad has gone on an unprecedented losing streak.

It’s alleged that Mr. Reeler has shied away from top-level coaches ‘who may offend some pupils’, in favour of more ‘mediocre options’. This has become a particular sore point for parents and students alike, given how sporting success is absolutely integral to the school’s values.

We are awaiting a statement in response, which will be delivered in due course…