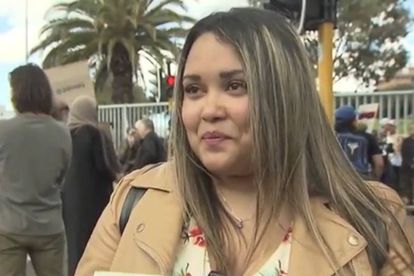 Kouthar Davids made a meme of herself over the weekend, after she gave a now-infamous interview regarding her anti-vaxxer views. The jab cynic, who has sporadically featured and hosted shows on Radio 786 before, told a reporter that she ‘did not believe in COVID-19’ – only to then admit she was hospitalised with the virus earlier this year.

Who is Kouthar Davids? The ‘Radio 786 anti-vaxxer’

The foolhardy flip-flopping went viral, forcing Davids to clarify her position. The unashamed anti-vaxxer says she acknowledges the threat of coronavirus, but does not believe that the vaccines work against the disease. It’s her against 99.9% of the scientific community on this matter, just for the record…

Her contentious claims – and bizarre way of framing them – has drawn ire online, and some people who saw the interview on social media directed their frustrations towards Radio 786.

Majority of the @radio786online listeners are Elderly people. How can we have #KoutharDavids in studio when she go live on camera & says this nonsense. No man 🙈🙉🤣 pic.twitter.com/KoHMLiX2xf

Station aims to separate itself from unwitting viral star

Put out by the fact they’ve been ‘dragged into the debate’, Radio 786 says that Kouthar Davids is not a ‘regular fixture’ at the station, distancing themselves from the furore surrounding the vaccine-sceptic.

“Radio 786 has noted with interest some of the comments made on social media, regarding the anti-vaxxer protest outside of Groote Schuurr Hospital in Cape Town. We are even more astonished by the people who tried to drag us into it. Our standards are decided by a carefully considered code premised on truth and accuracy.”

“Kouthar Davids does not have a show on Radio 786, nor does she feature on regularly on our programmes. We are a leading African broadcaster that covers news often ignored by others. This includes difficult and controversial subjects – but we remain committed to sharing a fair spread of information, reflecting the realities of the world we live in.”