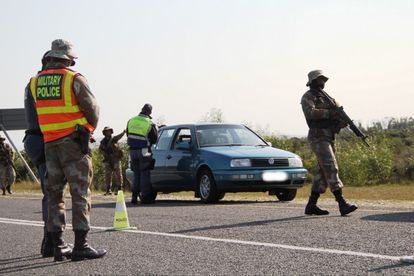 The SANDF can only be deployed by the President of South Africa to combat crime. PHOTO: Twitter/@SANDF_ZA

The SANDF can only be deployed by the President of South Africa to combat crime. PHOTO: Twitter/@SANDF_ZA

AfriForum’s Private Prosecution Unit has blown the lid off a case involving two of the most senior generals in the South African National Defence Force (SANDF). The army stalwarts stand accused of orchestrating the MURDER and KIDNAPPING of two civilians.

The jaw-dropping case was brought to court on Monday – but three soldiers appeared in the dock, rather than the two experienced generals. The probe into this gruesome incident, which occurred back in February, may have also fallen victim to an attempted ‘cover-up’.

“AfriForum’s private prosecution unit asked the police to explain why two of the country’s most senior army generals were not arrested and charged, despite an express instruction from a prosecutor to do so. The case involves two men, Sibusiso Phetla (39) and Jerome Lebaka (41).”

“They were kidnapped on 13 February this year and presumably killed on the orders of the SANDF generals. The two suspects were identified by an eyewitness and directly linked to the case, but they were not arrested for inexplicable reasons.”

“On Monday 29 August, three soldiers appeared, charged with the kidnapping and murder of Phetla and Lebaka. The case was adjourned until September 19 for the disclosure of the dossier to the accused.” | AfriForum’s Private Prosecution Unit

SANDF story ‘not adding up’

It’s still not clear what actually happened to the two victims – but they are now presumed dead. A mother to the 39-year-old has teamed up with AfriForum to get to the bottom of this mystery, and she has drawn attention to some glaring inconsistencies presented by SANDF officials…

Gerrie Nel is the head of AfriForum’s Private Prosecution Unit. He is apoplectic with the behaviour of these senior SANDF officials, and also reserved some choice words for the case’s investigating officer. According to Nel, these parties have proved to be ‘uncooperative’.

“Specific instructions were given to the investigating officer that he should obtain warning statements from the two generals and that they should be arrested and added as accused in the case. However, these instructions were ignored.”

“The prosecutor further informed the court that the SANDF is not cooperating in the investigation. It’s also understood that the scene of the kidnapping in Salvokop, was not visited by police investigators. A formal complaint has been submitted by Gerrie Nel.”