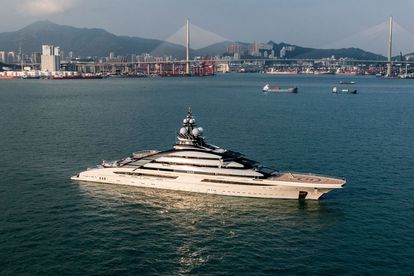 The Nord Yacht is charting a course for Cape Town – Photo: Supplied

The Nord Yacht is charting a course for Cape Town – Photo: Supplied

Now here’s a turn-up for the books. Russian billionaire Alexey Mordashov could be in for a rude awakening when his yacht reaches South African shores. That’s because the DA are pushing for law enforcement officials to conduct a ‘ship arrest’ in Cape Town.

Where is the Nord Yacht owned by Alexey Mordashov?

The Nord Yacht is a vessel worth something in the region of R10 billion. It comes with multiple stories, its own helipad, and more luxuries than you can shake a stick at. Mordashov, who made his money as a Putin-aligned oligarch in Moscow, has been heavily sanctioned by the US and the EU.

Therefore, finding a place to dock his yacht has proved troublesome in recent times. Honestly mate, we’ve all been there…

Sarcasm aside, the South African Government have given Mordashov the green-light to drop anchor in Cape Town. That’s causing friction both domestically and internationally. The Mother City AND the Western Cape are both run by the DA…

The Blues are bitterly opposed to the ANC’s ‘neutral stance’ on Russia – and they do not want this yacht pulling in on their territory. Darren Bergman, the shadow DIRCO minister, has insisted that a ‘ship arrest’ must be carried out upon Nord’s arrival.

“The South African government’s scandalous decision to allow the superyacht of the Russian oligarch Alexey Mordashov to dock in South Africa is an international embarrassment. They are on the wrong side of international law. This ship must be arrested once it enters South African waters.”

“By allowing the free movement of Russian tycoons and their toys in SA, we are attracting a market that brings unnecessary and unwanted attention to our shores. It could lead to more terror warnings, longer grey listing periods, or even a run in hyperinflation.” | Darren Bergman

Meanwhile, Bo Mbindwane, a leading national security analyst, has revealed that Mordashov’s yacht ‘has gone dark’. That means it has turned its transponders off, and there’s a genuine struggle to locate the vessel. There are also concerns more sanctioned oligarchs could follow this path.

“The Nord yacht AIS transponders went dark days ago. They are still off. The Nord is expected in Cape Town soon. It’s welcome by the ANC may lead other Russian yachts to seeking shelter in SA, as Putin’s war rages. These beauties could be tourists attractions.” | Bo Mbindwane