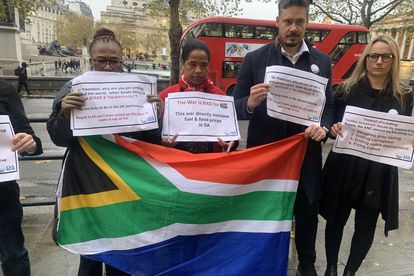 Does Cyril Ramaphosa have a PR team? Because it feels like somebody, somewhere has made a gross oversight. While South Africans grapple with the bitter realities of Stage 4 and Stage 5 load shedding this week, the President has embarked upon a rather royal engagement.

Where is Cyril Ramaphosa right now?

The ANC leader is currently on a state visit to the UK. Not only will he meet with politicians, Prime Ministers, and government officials, but Ramaphosa will also be invited to meet with King Charles – a little over two months since his last visit to Buckingham Palace.

We tell you what, they don’t have trouble keeping the lights on there. While Cyril Ramaphosa is having a ‘tea party’ with the newly-installed monarch, the rest of us can count ourselves lucky if we even have electricity to flick the kettle on. Another Eskom disaster-class is in progress.

An erratic and varied programme of load shedding is now in place for the rest of the week. Stage 5 cuts left the nation incandescent on Monday. The energy crisis feels like it’s not getting any better. And where is our head of state in this moment? Well, the DA Abroad are happy to remind us.

Load shedding crisis back home, tea with King Charles in the UK

The London-based chapter of the political party held a protest outside of South Africa House yesterday. Gordon Mackay, who leads the organisation, has accused of Ramaphosa of trying to ‘Kingwash’ his own reputation. He’s also furious with the cost of such an elaborate trip.

“While he is here having tea with King Charles, most South Africans are experiencing Stage 5 load shedding. In South Africa they cannot even put on a kettle for their own cup of tea. Cyril Ramaphosa cannot be allowed to ‘Kingwash’ his administration.”

“We are saying Mr Ramaphosa, you should be at home solving SA’s problems and not gallivanting here with ANC MPs, staying in a five-star hotels that cost taxpayers hundreds of thousands of rand for a visit here so that you can make yourself look good.” | DA Abroad