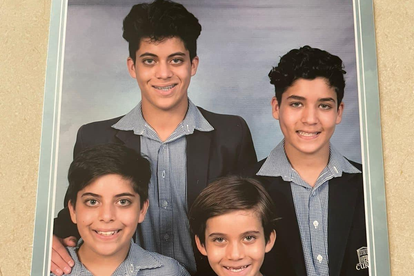 An emotional statement published by the Moti family on Sunday has confirmed that they have all left South Africa and gone to Dubai, after their four sons were taken as part of a kidnap plot last year.

Moti family CONFIRM they are now in Dubai

The Motis have maintained their silence throughout the entire ordeal – including the three weeks where their children were missing. The brothers eventually found refuge after being dumped by their kidnappers.

The Limpopo-based family had their lives flipped upside down, and this heinous act of criminality made international headlines. Thankfully, no casualties were reported as part of the kidnapping – but this silver lining wasn’t enough to convince the parents that their troubles are over.

Speaking earlier this morning, the Moti family confirmed that they had left South Africa due to ‘safety concerns’. It was also revealed that they hope to return to South Africa one day, but for now, staying within the Republic isn’t a practical option.

“Please understand why we have been silent. Since our sons returned to us, we have been living in fear of reprisal, which could be caused by speaking out or drawing any further attention to ourselves.”

“Our boys came home to us, but they’ve not been able to live freely or without fear. We have been forced to make some difficult decisions to ensure their safety. Our sudden departure [to Dubai] was beyond our control, and a reluctant one at that, but the safety of our children comes first.”

“We still hope for a day we can return home to our beloved South Africa.”

Moti family ‘did not interdict the police’

Naazim Moti, the father, has also strongly denied claims that the family tried to interdict SAPS in relation to details about the kidnap. He has labelled these media allegations as ‘complete falsehoods’, and hopes to put the rumours to bed with this statement.