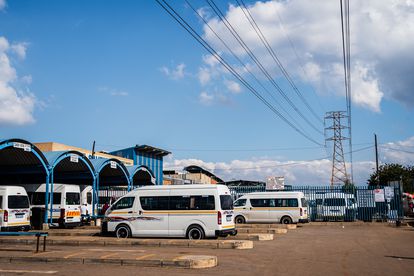 A wave of industrial action on a countrywide scale is likely to blight South Africa before the end of winter, as leading authorities in the taxi industry became the latest group to voice their support for a National Shutdown.

Theo Malele is the National Taxi Alliance (NTA) spokesperson. He went public with his blueprint for a National Shutdown on Tuesday morning, revealing that the government has been given a three-week deadline to respond to requests from the transport industry.

A lot like the rest of us, Malele is gatvol with the high price of fuel in South Africa. Although a slight drop is on the cards for August, South Africans are paying roughly double for a litre of petrol, compared to what they were spending 18 months ago.

“We’ve been trying to absorb this blow of high petrol prices for a number of months now to a point that it became impossible for us to keep going as usual, which is why we had to resort to adjusting our costs.”

“If there is no response within 21 days to our requests [to reduce fuel prices], we will have to take action. The sense here from different sectors is to have a total shutdown where nothing moves. This is affecting everybody and the commuters can’t take it any longer.”

Nationwide protests ‘all slated for the next few weeks’

The threat of a National Shutdown is looming large over South Africa, and the next six weeks or so could see protests on a huge scale. SADTU, a union with almost one million members, is calling for a mass demonstration towards the end of August.

The EFF are also looking to bring things to a standstill, after they proposed ANOTHER National Shutdown, to be led by senior figures within the party. Add that to the noise coming from our top taxi bosses, and it’s fair to say our winter of discontent is certain to intensify.