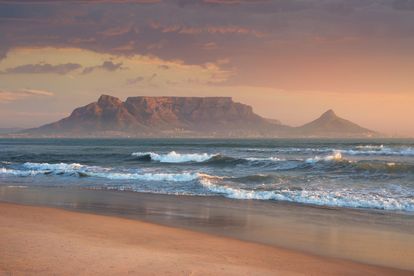 The City of Cape Town has moved to reassure its residents about its drinking water supply, after swathes of complainants raised an issue with a ‘funny taste’ coming from their taps. But, according to officials, there’s nothing to worry about.

Is it safe to drink the water in Cape Town? Apparently so…

Those who have noticed the strange flavours coming from their taps have reported an ‘earthy, beetroot-like’ taste from their running water. Those with more sensitive palates have described it as an ‘overwhelming’ sensation – and they’re definitely on to something.

That’s because there IS something in the water. According to the City, small amounts of geosmin – a naturally occurring organic compound – have found their way into the water supply. It also has the same scent as when rain falls on dry ground.

The City would like to reassure residents who have detected an earthy flavour to their tap water that it remains safe to drink and compliant with SANS241 standards. The change in taste is due to the presence of geosmin.

Funny taste in the taps: What’s it all about?

There is ‘no threat’ to human health, and the tangy tastes are only present in minute quantities. The water supply in Cape Town is still compliant with all the relevant standards, and officials for COCT continue to monitor the situation.

“The City of Cape Town would like to reassure residents who have detected an earthy flavour to their tap water that it remains safe to drink and compliant with SANS241 standards. The change in taste is due to the presence of geosmin in our raw water supply.”

“It must be emphasised that geosmin poses no threat to human health. It is a naturally occurring organic compound and is responsible for the earthy taste of beetroot and the scent that occurs in the air when rain falls after a dry spell.”

“The compound is sometimes present in water, particularly during periods of hot weather, and even minute concentrations of a few parts per trillion can be detected by the human palate. The City is monitoring the situation as part of the water treatment process.”