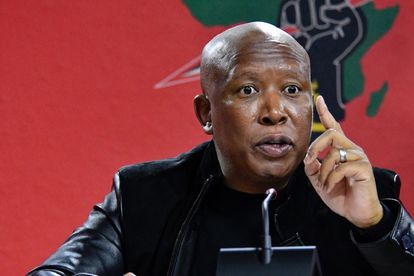 What’s in a name? The term ‘cockroach‘ has become a major talking point in South Africa’s political spheres this week. That’s because Julius Malema is demanding R1 million from Kenny Kunene, after the Patriotic Alliance’s Deputy Chair cussed him out during a TV interview.

What word has upset Julius Malema?

During the 2021 Local Elections, the reformed convict was pressed on comments Mr. Malema had made about his newly-formed political party. The EFF leader said that those in the Patriotic Alliance ‘were all bandits’ – but Kunene responded with some extra spice.

He branded the controversial party leader as an ‘irritating cockroach‘. However, Juju didn’t take this insult lying down. He then approached the Johannesburg Equality Court, claiming that the comparison to the lamentable insect ‘lent itself to language used in the Rwandan genocide’.

Alas, Kunene is bullish about his chances of winning. In a frank and forthright interview outside court on Monday, he repeated his utterances, again calling Julius Malema a cockroach. The defendant also cited some of the 41-year-old’s own problematic quotes.

“I don’t believe I committed hate speech, within the confines of the law. My attorneys are here. We will defend the matter and we are confident. If not, we will appeal. Julius has previously called Pravin Gordhan a dog. The court said that’s not hate speech, but Malema talks in violence.”

Malema has never been one to hold back. He’s no stranger to colourful language, and on more than one occasion, the former ANC Youth League leader has used fiery rhetoric that has landed him in the other side of the dock. Indeed, he has a history with the word cockroach…

In 2010, Malema said that Helen Zille was a cockroach. The word was used against Juju five years later, by Parliamentary Speaker Baleka Mbete. She apologised for her flippant expression, and in turn, the EFF leader also apologised for his previous use of the ‘C-word’.