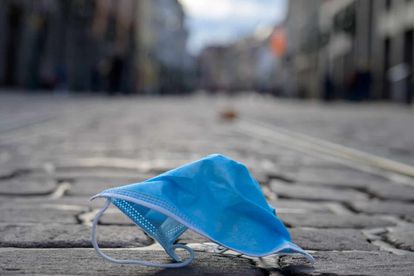 The end of the State of Disaster won’t necessarily mean the end of COVID mitigations – Image: Adobe Stock

The end of the State of Disaster won’t necessarily mean the end of COVID mitigations – Image: Adobe Stock

The remaining COVID-19 restrictions that were adopted into the National Health Act earlier this year are facing their sternest challenge yet, with current mask laws now the subject of a legal challenge filed by one of South Africa’s largest trade unions, Solidariteit.

The group has written to Health Minister Joe Phaahla, asking him to remove the restrictions permanently. It was confirmed back in April that the State of Disaster rules would come to an end, but some mitigations to help stop the spread of COVID-19 were extended.

This contradictory position has irked the critics, who remain upset about certain limitations. South Africans are still required to wear masks in busy indoor spaces, and stadiums can only open at a reduced capacity. Gatherings, international travel, and public transport are also affected.

Mask laws in the firing line, thanks to new court challenge

Solidariteit will take their complains to court next month, should Phaahla decide against scrapping mask laws and other restrictions. They issued a statement on Monday, accusing the government of ‘diverting away from the science’ and ignoring immunity levels across the country.

Mask laws ‘should never have been made permanent’ – Solidariteit

Leading scientists, such as Shabir Madhi and Salim Abdool Karim, have previously questioned the need for extended laws now we are out of the ’emergency phase’ of this pandemic. Solidariteit CEO, Dirk Hermann, believes current mask laws are more about ‘power and control’ over anything else.

“These regulations are not about masks, but about power and control. Through these regulations, the minister wants to turn the temporary COVID-19 controls into permanent controls.”

“The measures introduced were insufficient to prevent the spread of the virus, but the same measures are now being promulgated again in new regulations. The substantive immunity of the population through vaccinations and infections is also not taken into account.”