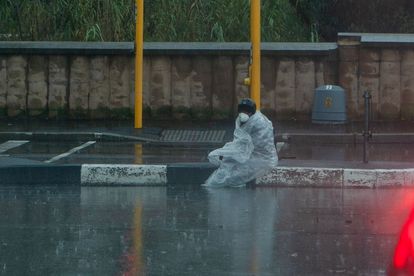 The Western Cape has been hard hit by storms during the winter months this year and the month of August is no exception. According to the South African Weather Service (SAWS) yet ANOTHER “INTENSE” cold front is on its way to the Western Cape on Thursday but when exactly will it kick-off?

WHEN WILL THE COLD FRONT MAKE LANDFALL IN THE WESTERN CAPE ON THURSDAY?

SAWS, who already issued weather warnings on Wednesday, said the cold front would most likely make landfall in the afternoon along the southwest coast on Thursday 26 August 2021.

What can we expect? Well, according to SAWS, we’re in for widespread rainfall, very rough seas, strong winds and very cold conditions.

On Wednesday, SAWS said a strong cold front would impact the Western and Northern Cape from Thursday 26 August 2021 into Friday.

“Heavy rain, strong to near gale-force winds, snow on the high-lying areas and very rough seas can be expected,” it said.

On Wednesday, SAWS issued a rare orange level 6 warning. We have various stages of load shedding, various levels of lockdown and now we also have different levels for weather conditions….welcome to Mzansi.

“Continuous rain and showers are expected to result in rainfall accumulation of 20 to 40mm along the Western and Southern parts of the Western Cape on Thursday and Friday,” it said.

“The heaviest and most persistent rain is likely to be across the City of Cape Town district, Stellenbosch, Drakenstein, Theewaterskloof and Overstrand, where rainfall accumulations are expected to reach up to 40 to 60mm,” it added.

Impacts of the cold front include the flooding of roads and informal settlements in the Western Cape.

“Damage to property/infrastructure and displacement of vulnerable communities. Essential services such as water and electricity may be affected,” it added.

Major disruptions of traffic flow with increased travel time are, unfortunately, also on the cards.