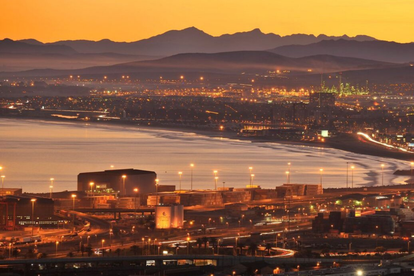 Councillors in Cape Town have called upon the Police Ministry to step up its efforts to protect community safety in some of the country’s biggest cities. The calls come just days after a shooter opened fired on staff and patients in Somerset Hospital.

A prisoner under police guard was targeted, and the attack saw an officer and two vulnerable patients gunned down. A wave of violence – including murders, gangland clashes, and contact crimes have been rife in Cape Town, with the FF Plus tracing the spark back to March 2022.

“The FF Plus laments the large number of violent incidents in the City of Cape Town during which numerous people were shot and killed in cold blood. The current wave of violence started in March this year.”

“In the most recent incident, a police officer who was guarding a prisoner in the New Somerset Hospital in Cape Town was attacked and shot dead. Two vulnerable patients were also shot dead in their beds for no apparent reason.”

Bheki Cele under fire for ‘serving as chief mourner’

The Somerset Hospital Incident has proved to be the tipping point for Lennit Max. He’s an FF Plus representative in the COCT Council, and the senior politician has lashed out at Minister Bheki Cele for ‘failing to prevent’ a rise in crime.

Max is upset that Cele is appearing at high-profile funerals, acting as an ‘undertaker’, when the nation really needs someone who can protect the people. The FF Plus has also branded the ANC government as ‘South Africa’s biggest enemy’:

“The murders and violence are indicative of a national government that has lost the fight against serious crime. Minister of Police, Bheki Cele, visits crime scenes and attends funerals – but this has no value in terms of the public’s safety.”

“Minister Cele must prevent crime. His acting as an undertaker and mourner means nothing. His constant promises and strong statements about crime prevention during funeral services are all just empty words.”