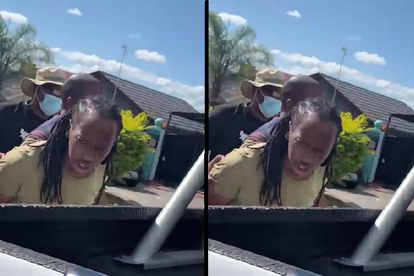 IPID have been called upon to investigate the conduct of some officers operating in Mbombela, Mpumalanga – after they allegedly used heavy-handed tactics to bring a 26-year-old male in for questioning, regarding the Hillary Gardee case.

Njabulo Magudulela lives just a few minutes away from Hillary Gardee’s former residence. He had been out drinking on the night of her disappearance, and police were allegedly led to believe he had something to do with the woman’s brutal murder.

This, however, was not true. But in the days that followed missing persons alert for Gardee, SAPS officials were working around the clock to secure justice for the family. It seems, however, that some representatives of the force overstepped the mark.

A video shared by SowetanLive this week shows the moment Mgudulela was arrested. He has since opened a case of common assault against the officers who detained him, claiming that the incident left him ‘bruised and battered’.

Watch: Cops dish out heavy-handed treatment to Mbombela man, and his mom

WATCH | Ipid is investigating allegations of assault of a 26-year-old who claimed he was punched and brutalised by cops who were searching for then missing Hillary Gardee. https://t.co/M7xGHxZKUp pic.twitter.com/gANetIEAAN

Who are the suspects in the Hillary Gardee murder case

Although not captured on video, Njabulo Magudulela also stated that he was ‘punched, dragged, and stomped on’ by the cops in question. His mother also opened a common assault case, alleging that one officer pushed her and ‘slapped a phone out of her hand’ – an incident that WAS recorded on film.

The Hillary Gardee case has now been postponed until 9 June. Three suspects – Sipho Mkatshwa, Philemon Lukhele, and Mduzuzi Gama – have been slapped with murder, rape, and kidnapping charges. The trio remain behind bars, after abandoning their bail applications this week.

The accused, however, have made similar claims to Magudulela – telling the court that they all require ‘medical treatment’ after SAPS officers allegedly tortured while in custody. These allegations will be investigated before court proceedings resume.