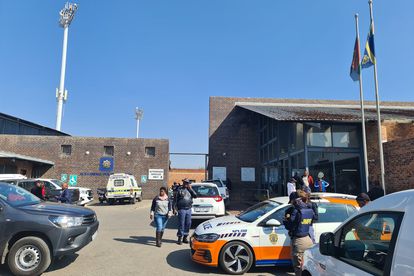 Things are getting tense in Joburg right now. Overnight, five people were gunned down in the Alexandra township – including popular radio presenter Joshua Mbatha. This senseless violence has now sparked a furious reaction.

Alexandra shootings: What we know so far

The shootings took place in various parts of Alexandra. It’s understood that one of the victims was a taxi driver, and that has irked the local industry. Other operators are now leading a shutdown in town, blocking roads and bringing traffic to a standstill.

SAPS issued a statement on the incident earlier today…

“Police are searching for unknown armed suspects after five people were fatally shot and five injured at different places in Alexandra on Thursday, 14 July 2022. It is alleged that about four armed suspects went on to rob and shoot people in the area.”

Parts of Joburg ‘like the Wild West’ during crime spree

Two taxi associations in Alexandra have confirmed they will be leading the protests. Both Amster and ATA have drivers blockading major routes in and out of the region. The last victim was killed at 6th Roosevelt.

Two Alexandra Taxi Associations ( Amster and ATA ) have embarked on a shutdown after Two people one being a taxi driver was shot dead at 6th Roosevelt in Alexandra North of Johannesburg.#AlexCrime #Fraynews pic.twitter.com/ZkH9BbtuL3

Shutdown threats acted upon in Alexandra

The bloodshed is extremely disconcerting, and South Africa remains on a precipice. Threats of a National Shutdown are gaining traction, but demonstrators look to have started early in Alexandra. A recent spate of tavern shootings have put SA’s law enforcement agencies on high alert.

The scene in Alex has been compared to the Wild West, and anarchy continues to rule in some parts of Joburg’s biggest settlement. Reports from elsewhere claim that ‘around 15 people’ were shot during last night’s fatal attack, but several survivors are now receiving hospital treatment.