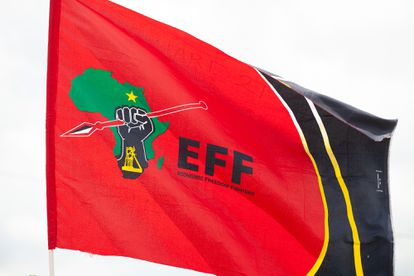 The EFF have several overseas branches – some of which are starting to contest elections – Photo: Gallo Images

The EFF have several overseas branches – some of which are starting to contest elections – Photo: Gallo Images

The EFF is setting its sights on another election campaign – but this one won’t be held in South Africa. Instead, voters in Lesotho will get the chance to endorse the Red Berets at the ballot box in September.

Confused? Well, quite a few people often are. The EFF did initially start out as a South African movement – but new chapters of the party have surfaced all across Africa over the past decade or so.

You can vote for the EFF in Lesotho this year…

In several countries, the party has proved popular enough to contest in national elections. They’ve had mixed success so far, but three years ago, the EFF secured their first ‘international MPs’ – more on that in a moment.

Lesotho is the next targeted area of growth from Julius Malema and his comrades. Speaking to SABC last night, the political firebrand explained why he wants his party to become a ‘continental movement’.

“Our intention is to build an African movement. Our logo has Africa in it, not just South Africa. Mzansi will never succeed in an economic liberation without other African countries being economically liberated.”

“The EFF is now focused on getting one million members by December. We want a public recruitment drive, followed by an induction workshop in each voting ward. Once you teach your members, you turn quantity into quality, and by 2024, it will be easy for us to take Gauteng when we’re got one million soldiers on the ground.”

With #EFFNamibia in parliament and #EFFLesotho contesting elections. A huge sign of a fastest growing movement in Africa.✊???? https://t.co/U7rAuD4PCV

The Red Berets have been busy behind the scenes, establishing an international presence across the continent. Previously, we have reported on how countries like Zimbabwe, Liberia and even Botswana have their own versions of the EFF – but this chapter in Namibia is their most established.

Their vote share from 2019 is 20 times bigger than what was recorded five years previously. In a 96-seat Parliament, the Namibian EFF managed to secure over 2% of the vote – and it was enough to ensure two of their “fighters” would represent their party in the National Assembly for the first time.