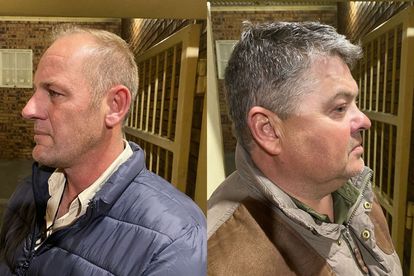 The two men caught with 19 rhino horns in their possession appeared in the Nelspruit Magistrate’s Court on Thursday.

The Hawks’ Col Katlego Mogale said Schalk Steyn (48) and Johannes Groenewald (53) appeared in court after they were arrested while transporting 19 rhino horns in two bakkies.

She said they face charges of the illegal possession and selling of rhino horns.

“The pair was arrested during a multi-disciplinary operation conducted on Wednesday, 21 July 2021.”

The operation was conducted by the Hawks’ Organised Crime Investigation, Wildlife Trafficking Counter-Intelligence and private sector to curb wildlife trafficking.

“During their arrest, they were found with 19 rhino horns with an estimated value of R2, 6 million.”

The horns were seized, and the two vehicles that were transporting them were impounded.

The two men are expected back in court on Friday for their formal bail application.

Mogale furthermore said investigation to ascertain if the suspects are linked to crimes contravening the Endangered Species Act is continuing.

Meanwhile, a total of 160kg of rhino horns were seized in a major bust at the OR Tambo International Airport by the South African Revenue Service (SARS) on Saturday, 17 July 2021.

It said that customs officers were conducting manifest profiling with the Detector Dog Unit at the airport when one of the dogs identified a suspicious shipment destined to Malaysia (Kuala Lumpur).

“The shipment was declared as “Live Plants” and consisted of 8 pieces. During a physical inspection, six boxes were found containing traditional material concealing, 32 pieces of rhino horn protected with bubble wrap, weighing 160kg.”

The South African Police Services’ Directorate for Priority Crime Investigations (Hawks) was alerted about the detection.

“A criminal case was registered with the police for further investigation.”