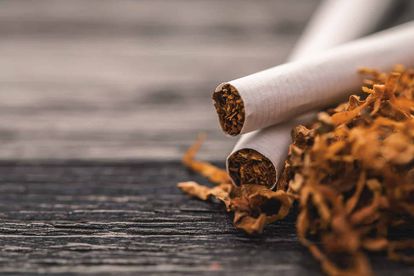 As it turns out, being one of the very, very few countries that tried to institute a tobacco ban during the COVID lockdown hasn’t worked out well for the South African government – and both Nkosazana Dlamini-Zuma and Cyril Ramaphosa have LOST their battle with the courts.

Cigarettes were pulled from the shelves unceremoniously during the first lockdown in South Africa. The policy, which was announced by NDZ and not the president, proved to be one of the most controversial moves of the entire pandemic.

Millions of smokers were forced to get their goods from illicit suppliers, and even the mere possession of cigarettes resulted in criminal convictions during the first few months of 2020. In hindsight, these policies appeared to overstep the mark in preserving civil liberties.

The tobacco ban lasted for five months, and although buying smokes has been legal for the best part of the last two years, those impacted by the halt on sales have been fighting for a legal ruling in their favour ever since.

British American Tobacco – and several other applicants – wanted the restriction to be flagged permanently. On Tuesday, their wish came true, after the Supreme Court of Appeal officially ruled that the cigarette ban ‘unlawful and unnecessary’.

Tax Justice SA are long-time campaigners against the tobacco ban. Their biggest gripe was that a ban on legal trade helped to empower the black market, and subsequently, billions of rand in taxable profits was lost as a result of the prohibition.

“The lockdown tobacco ban has had a devastating impact on legitimate businesses and SA’s economy. Criminals were handed control of the cigarette trade and have stolen tens of billions of rand in taxes ever since.”

#TobaccoBan during the lockdown: @PresidencyZA and @DlaminiZuma loses the appeal. The Supreme Court of Appeal has ruled in favour of the applicants. pic.twitter.com/3kEDwm7G5u