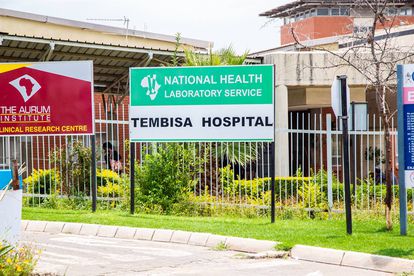 More revelations have spilled out of Tembisa Hospital this week, after the under-fire facility was accused of yet more blatant corruption. It’s CEO Ashley Mthunzi is facing a number of serious allegations – and a top ANC official in Gauteng has now been implicated.

Sello Sekhokho is the treasurer-general of the ANC’s Ekurhuleni region. Gauteng Health MEC Nomathemba Mokgethi revealed to the Provincial Legislature that the party bigwig had a whopping total of 55 CONTRACTS in place with Tembisa Hospital, involving his three companies.

They provided items such as cleaning products, PPE, office supplies – and even groceries. What’s more, Sekhokho DOUBLED his haul as of last year – when Ashley Mthunzi was appointed CEO – and it seems that the pair have been collaborating carefully in recent times.

All individual payments between Tembisa Hospital and Sello Sekhokho were under R500 000. That means they don’t have to be reviewed, and Mthunzi can simply approve the transaction himself. The tenderpreneurs have been eating well this year.

‘How do you sleep at night?’

Jack Bloom is the Shadow Health Minister for Gauteng. He has issued a statement on Tuesday, questioning how exactly Sekhokho ‘can sleep at night’. The experienced politician is now calling for a serious investigation into the ANC official’s conduct.

“His three companies – Kaizen Projects, Nokokhokho Medical Supplies and Bollanoto Security – got R2.8 million in contracts in 2019, R4.2 million in 2020, and a whopping R7.5 million last year when Dr Ashley Mthunzi took over as hospital CEO.”

“How do they sleep at night? Sekhokho’s companies sold such a variety of goods to Tembisa Hospital, and it is suspicious that all the payments were less than R500 000, which means that they don’t go out on tender and can be signed off by Mthunzi himself.” | Jack Bloom