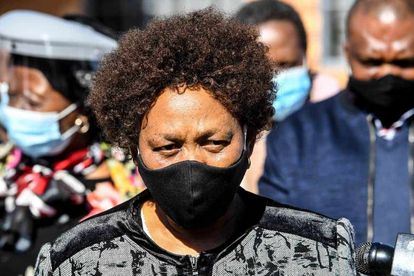 Basic Education Minister Angie Motshekga has expressed sadness and utter shock over the death of a Tembisa deputy principal, who was killed in a hail of bullets.

The 50-year-old woman was gunned down at the Phomolong Secondary School in Tembisa on Friday, 21 January 2022. She had been driving out of the school gate when three gunmen suddenly appeared and allegedly shot her three times through the passenger window.

Reacting to the deputy principal’s killing, Motshekga sent condolences to her friends, family as well as teaching staff and pupils at her school.

“It shocked me to the core, that criminals dare to shoot and kill a teacher inside school premises. Schools are supposed to be safe places of learning and teaching and it is quite alarming that armed individuals can stroll into a school to commit such a barbaric act. I wish to express my sincerely condolences to the family of the deceased teacher, Phomolong High School staff and learners, including those who allegedly witnessed this traumatic incident”

Minister Angie Motshekga has called on police to leave no stone unturned in their investigation into the Tembisa deputy principal’s shooting.

“Safety in our schools remains a top priority of the Department of Basic Education as we focus on providing a conducive environment for learning and teaching. We will continue to work with the police, sister departments, our social partners and communities at large to strive for zero incidents of crime in our schools”

The SAPS has already launched a murder investigation. The motive for the killing remains unknown.

“The motive for the murder cannot be confirmed at this stage. Preliminary investigation revealed that the suspects were three and driving in a white vehicle,” said Gauteng SAPS spokesperson, Lieutenant Colonel Mavela Masondo.

Gauteng Education MEC Panyaza Lesufi, who also reacted to the woman’s killing said a Psycho-Social Unit would visit the school on Monday to conduct counselling and support to all those affected.

“We sincerely wish to convey our deepest condolences to the family and the entire school community. Indeed, the motive of this level of cruelty is unknown, but I’m comforted that this case has been taken over by the Provincial SAPS, and as such, we are adamant that the perpetrators will be brought to justice,” he said.