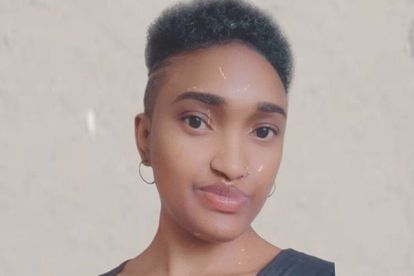 The South African Police Service (SAPS) in Mpumalanga has arrested the fifth suspect in connection with the murder of Hillary Gardee, the daughter of former Economic Freedom Fighters (EFF) secretary-general, Godrich Gardee.

News of the arrest comes less than a week since a fourth suspect was handcuffed in Kwa-Thema, Ekurhuleni. The man, Rassie Nkuna, made an appearance in the Delmas Magistrate’s Court on Monday, but he abandoned his bail application and the case was postponed for a week to allow further investigations.

His co-accused are Philemon Lukhele, Albert Mduduzi and Lawrence Mkhatshwa.

WHAT WE KNOW ABOUT THE LATEST HILLARY GARDEE MURDER SUSPECT

According to SAPS Mpumalanga spokesperson Brigadier Selvy Mohlala, the latest suspect in the Hillary Gardee murder is a Nigerian national who has been charged with defeating the ends of justice.

“A Nigerian National who’s believed to be in his mid thirties, has been taken for questioning on the afternoon of Sunday 14 August, 2022 and ultimately charged for defeating the end of justice, today,” Mohlala said.

The man is linked through Gardee’s laptop and cellphone and is expected to appear before Nelspruit Magistrate’s Court on Wednesday 17 August, 2022.

The North Gauteng High Court recently ordered the South African Police Service (SAPS) to prioritise the investigation. This was indeed granted, with the court ordering police to prioritise the investigation. The order also includes the establishment of a multidisciplinary team headed by Brigadier Gerrie Agenbacht from the detectives in Nelspruit. The team will include police officials, Crime Intelligence and the Hawks, said Gardee family spokesperson Sinawo Thambo.

The family had accused law enforcement of dragging its feet in the investigation. Godrich Gardee had previously accused eSwatini’s King Mswati of being behind his daughter’s killing.

Gardee reckons King Mswati was outraged by protests held by the EFF back in April, which saw four borders with Eswatini being shut down. He claims the monarch unleashed his foreign intelligence services with a robbery decoy, which resulted in his daughter’s death.

“There was no income for Eswatini Government. King Mswati killed Hillary. The King was angry and he unleashed his foreign intelligence service with a robbery decoy and killed Hillary Gardee,” Gardee said.