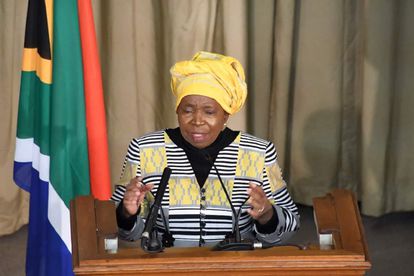 As stipulated by updated disaster management regulations, there will be a transition period between the State of Disaster ending and normal life resuming – Photo: GCIS / Flickr

As stipulated by updated disaster management regulations, there will be a transition period between the State of Disaster ending and normal life resuming – Photo: GCIS / Flickr

The State of Disaster comes with small print: COGTA Minister Nkosazana Dlamini-Zuma has gazetted the new laws South Africa will adhere to, until COVID-19 legislation is officially adopted by the National Health Act. We’ve heard most of it already – but one fascinating detail has been added to the text.

According to the amended Disaster Management Act, our State of Disaster is coming to an end in April. That’s certainly a cause for celebration, following Mzansi’s 25-month spell under lockdown restrictions.

However, digging a little deeper, we see that a provision has been made for a few lockdown rules to CARRY ON for 30 days after the State of Disaster has expired. Though the government is in a rush to end this emergency framework, they still need time to consider the public’s input on their proposed virus management laws.

The State of Disaster will end, but some lockdown laws remain

Dlamini-Zuma told the public yesterday that the State of Disaster could finally be lifted as early as Tuesday 5 April – in just six days’ time. If that was the case, however, the lockdown rules that are in place now would remain with us until the first week of May. The 30-day rule has been set out in the Government Gazette:

“The regulations and directions specified will not cease to operate or cease to be of force and effect merely because the national State of Disaster comes to an end, and will continue to operate until 30 days after the national State of Disaster ends – whereupon the regulations and directions concerned will automatically lapse.”

Some COVID-19 mitigation measures – such as indoor mask-wearing and one-metre distancing – are set to stay with SA for the foreseeable future. The government has argued that learning to live with the virus means altering our way of life, in a fashion that would seem alien to us all at the very beginning of 2020.

DA leader John Steenhuisen, however, isn’t too pleased with ANY of the remaining lockdown laws…

The changes to the State of Disaster rules announced by the President do not go far enough, and continue to hold the country back from a full recovery. Despite some welcome changes, the persisting rules will harm jobs and increase poverty while providing no benefit at all.