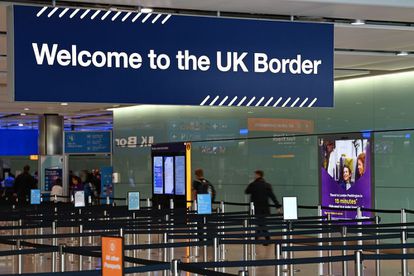 With the United Kingdom (UK) having finally taken South Africa off its travel red list, there is now heightened pressure for the international community to do exactly the same – and as soon as possible.

The UK government announced on Tuesday, 14 December 2021, that South Africa was one of 11 countries who were taken off its contentious list. The decision came into effect on Wednesday morning at 06:00.

“Now that there is community transmission of Omicron in the UK and Omicron has spread so widely across the world, the travel red list is now less effective in slowing the incursion of Omicron from abroad,” UK Health Secretary Sajid Javid announced in Parliament.

The UK was the first to slap South Africa, Zimbabwe, Eswatini, Zambia, Lesotho, Angola, Mozambique, Namibia, Nigeria and Botswana with the travel restrictions after the Omicron variant of COVID-19 was detected back in November.

“Whilst we will maintain our temporary testing measures for international travel we will be removing all 11 countries from the travel red list effective from 04h00 tomorrow morning (Wednesday 15 December).”

Will other countries lift travel restrictions on SA? Expert weighs in

After the UK placed South Africa and neighbouring countries back on its red list, dozens of other countries were quick to follow suit. Now focus is on how quickly they’ll reverse those restrictions, which have undoubtedly had a negative impact on the tourism industry during a period which would generally be one of its most profitable.

South Africa returning to the UK red list just before December meant thousands of people were forced to cancel their travel plans at the very last minute. Given how quick it all unfolded, one of the main questions is whether there is anything left to salvage for the travel sector.

Speaking to eNCA, Otto de Vries, CEO of the Association of Southern African Travel Agents says the news should be welcomed by the industry but isn’t sure if it can make a complete recovery.

“We must underestimate the damage that has been done. Not only in terms of the last three weeks, but forward bookings as well and this is only the UK… What’s important is how quickly other countries choose to respond, lifting their travel bans. They were incredibly quick in following the UK’s steps. I’m confident that common sense will prevail”