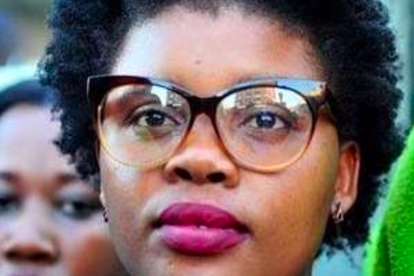 In 2017, more than R14 million was erroneously deposited into the Walter Sisulu University (WSU) student’s account instead of R1400.

Within 3 days, Mani spent over R800 000 before her account was eventually blocked by Intellimali. Instead of reporting what had clearly been a major error to NSFAS, Mani went on the mother of all spending sprees.

It is believed that she splurged the money on weaves, cellphones, toys etc. Intellimali has since reimbursed the institution for the staggering amount of money Mani is said to have squandered.

At the time of the incident, Mani was the branch secretary of the Pan Africanist Student Movement of Azania at East London’s Postdam campus.

East London Regional Court magistrate Twanet Olivier said Mani was aware of her actions when she spent the money.

“The court is satisfied that the version of the state is reliable,” the magistrate said.

Social media was abuzz after the judgement was set. While many came into Mani’s defense, others welcomed and applauded the judgement.

“A student gets R14 million transferred by NSFAS into her account, spent it and it is considered theft and then got convicted by courts. Politicians transfer billions amongst their cronies and it is considered corruption allegations. Sibongile Mani should appeal this ruling,” one user wrote on Twitter.

“I have a problem with this, who on the side of NSFAS was held accountable for negligence?” another user asked.

Thabo Shingane said the fact that Sibongile Mani has been found guilty of theft left a bitter taste in his mouth. “Who from NSFAS and Intellimali is being held accountable for this? Because had they not deposited the R14 million into her account, she would not be in this position she is in now.”