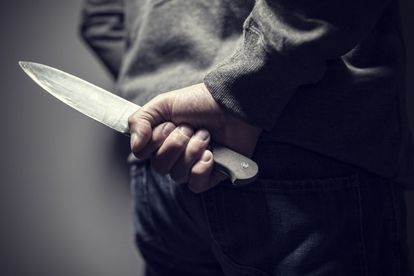 Tragedy has once again struck the education fraternity as a grade 6 learner in the Free State has died after being stabbed to death by a fellow pupil.

According to the Free State Department of Education, the incident occurred just 600 metres away from Zama Primary School in Zastron, which both pupils attend.

The department says the boys had gotten into a fight on Wednesday, 4 May 2022. This culminated in the pupil stabbing the other with a spoon. The school principal intervened and asked the aggressor to go home and return with his parents.

The learner came back to school, but without his parents – and armed with a knife, which he used.

“A brawl broke out between the boys  this morning at the school after the suspect allegedly bullied  and attempted to stab the now deceased learners with a spoon. The suspect was instructed by the school Principal to go home to bring his parents, but he came back with a knife which he used to stab  the deceased in a chest”

A teacher drove the learner to school, but he passed away on the way.

Free State Education MEC Dr Tate Makgoe has expressed shock over the incident and is scheduled to visit Zama Primary School on Thursday morning, 5 May 2022, to provide counselling  to learners, teachers and the parents of the deceased learner.

“We vehemently condemn the violent behaviour which led to the death of a learner, allegedly at the expense of his peer just outside the school premises, it is absolutely unacceptable. The SGB must investigate this incident and take necessary disciplinary action against the perpetrator. “Our psychosocial team will support the school, family and all affected members of the school. We wish to convey our deepest condolences to the family of the learner.”

The department says the pupil identified as a suspect, had initially fled the scene and was later handed over by the community members to police.

An investigation into the learner’s death is now underway.

YOU CAN ALSO READ: Madison Avenue: 17-year-old pupil stabbed to death outside nightclub