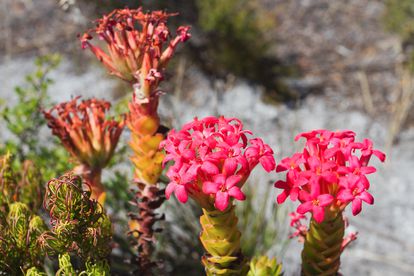 A group of Saudi Arabian foreign nationals have been fined a whopping R2 million each. This, after they were caught ‘illegally harvesting’ some of South Africa’s most treasured plants and fauna. The trio were also given a 48-hour deadline to leave Mzansi.

The Saudi suspects admitted in court that they travelled over to South Africa, with the sole purpose of harvesting rare plant-life that grows exclusively within our republic. Our rich bio-diversity is celebrated globally. But those looking to illegally profit from it face huge consequences.

These visitors learned the hard way. Upon being found guilty of money laundering as well, the Vredendal Regional Court came down like a ton of bricks on the suspects. They were found guilty, fined heavily, and given a rapid deadline to pack-up and leave the country.

Judges exhibit ‘no leniency’ for suspects

Andricus van der Westhuizen is the DA’s spokesperson on Agriculture in the Western Cape. He has shown no mercy towards the Saudi nationals, and welcomed the swift action taken by law enforcement officials. Fauna and plant theft, meanwhile, remains a serious issue in SA.

“The DA in the Western Cape welcomes the Vredendal Regional Court fining three Saudi nationals R2 million for illegally harvesting a large quantity of flora without documentation. This sort of criminality must be stamped out urgently.”

“The three individuals, who were also found guilty of money laundering and ordered to leave South Africa within 48 hours, admitted in court that they had travelled to the country on 7 October with the sole purpose of acquiring the flora and exporting it to their native country.”

“It is not simply petty crime. Poaching of plants forms part of an intricate international web of syndicates dedicated to the theft of our natural heritage.  CapeNature revealed the average number of plants being seized by authorities per month is around 12 000.” | DA statement